How I Became a Foster Failure

Crittr is proud to be a Pet 'Net 2012 contributor. The Pet 'Net Adoption Event 2012, taking place Nov. 26 through Nov. 30., is an annual event held online to benefit homeless animals. Want to do your part to help shelter pets? Check out the Pet 'Net hub, read the other great contributor posts, cast a vote and enter your zip code. On Dec. 17, Petside will donate $5,000 to a shelter in the community with the most votes! 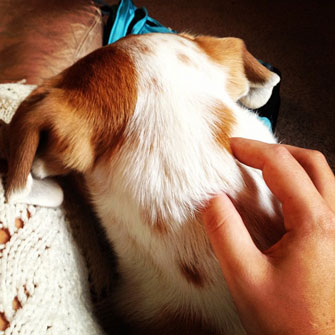 When my husband and I became dog fosters, we had no feel for how long it would last. We'd just lost our oldest dog and, since we were already active volunteers with a local rescue, we turned to fostering right away to provide a playmate for our younger dog, Rudi. And, of course, we loved the idea of helping to prepare a dog for his or her forever home. Those are some warm fuzzies right there.

It started off well. Really well. We started with Blackie, who was an excellent companion for Rudi. We worked with him on some basic obedience, took lots of cute pictures (he was surprisingly tolerant of hats and costumes for a year-old pup with so much energy), and took him everywhere with us, to make sure his forever family would have no trouble bringing him right into their lives.

When he was adopted, I cried. No, I sobbed. I was so happy he was going to a great home, but in just a few short weeks, he'd become a part of our family. He'd helped us begin to heal and had given us a way to displace our grief without any guilt. I was heartbroken to hand him over, but I knew he was only the first foster. I was ready to do it again.

We went through the cycle a few more times, spending Thanksgiving and Christmas with dogs who really just wanted the gift of a permanent home. And we helped that happen. It was never easy to say goodbye, but I like to think that my attachment made the new owners even more aware of how special their new four-legged friends were.

Then, there was Mistletoe. 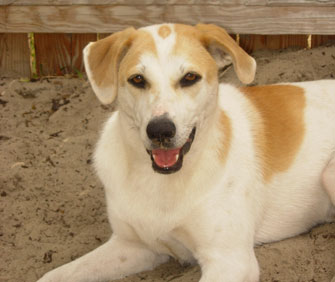 Credit: Kristen Seymour
Who could resist this happy little face?

She was found right around Christmas, along with her sister, Hollie. We brought her home on a Friday, and by Saturday we were officially in love. Neither of us wanted to take her in for the adoption event that morning; we felt like a family. But, knowing that it's often harder to find fosters than adopters, we stuck to our duty.

"If she's not adopted today, we'll adopt her," my husband told me. I agreed.

Of course, she was adopted. And I was crushed.

We volunteered to bring her sister home, but we had steeled ourselves. We weren't going to let this dog win us over so easily. She was sweet, if a little more vocal and excitable than Mistletoe had been. She was a little less snuggly, but like so many of the other dogs before, Hollie was an excellent playmate for Rudi.

About a week after we brought her home, I began to notice that she walked with a little more swing in her hips than any dog I'd ever seen. And, if it was quiet, I could hear a "click, click, click" as she walked. We worked with the rescue and took her in to the vet for some x-rays; sure enough, although she was only estimated to be around 6 months old, she already showed signs of degenerative hip disease. 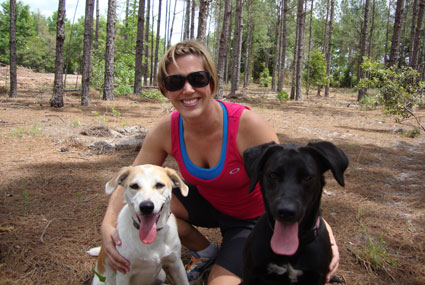 Credit: Jared Seymour
Hollie and her sister Rudi are the best of friends, although Mom comes in a close second.

The attachment we'd fought so hard to avoid all came rushing out. We already cared about Hollie. She'd wormed her way into our hearts with her various voices and the funny faces she'd make. And now, knowing that she could very well need surgery and additional medical care as she got older, we couldn't possibly give her up. Our decision was made before we even got to the car. We'd failed at fostering Hollie, but we'd won out in terms of expanding our furry family.

Nearly three years later, Hollie is doing great. We worked closely with our vet to get a few extra pounds off of her, and that, along with moderate exercise, has helped enormously. Most days you'd have no idea she has any hip problems at all. And one day, when it's more obvious, we won't have to worry whether the family who adopted her is providing her with the right medications or getting her the surgery she needs. She's our little girl, and she'll have whatever she needs.