Although the most popular puppy names list doesn't generally change too much from year to year (with a few exceptions, as we shared with you recently), the trendiest names for dogs seem to get shaken up on an annual basis. We've tracked this information for several years — check out the results for 2011, 2012 and 2013 — and only once have we seen a name hold the top spot for more than one year, and that was Luna.

Until this year, that is, when the trendiest male dog name from last year won again.

To determine which names are most trendy, we used our database of nearly a million puppy names to compare the current year's most popular names with the list of popular names from 10 years ago. Those that made the biggest jump in popularity over the course of the decade (even if they still didn't break the top 10) earned a higher ranking.

That doesn't mean all of these names are necessarily wildly popular right now — in fact, many of the names are barely among the 50 most popular — but we wouldn't be surprised to see them climbing the charts in coming years.

A Look at the Trendiest Dog Names of 2014 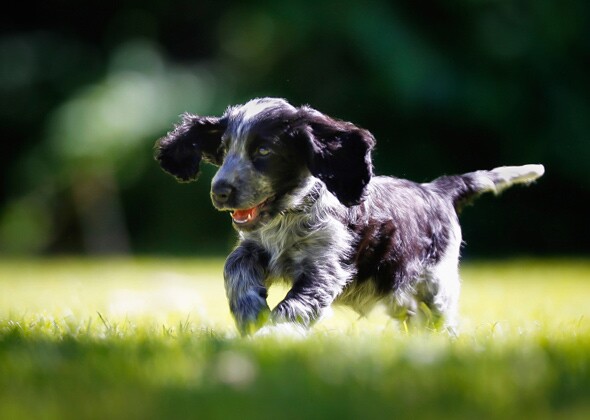 Marley is the No. 49 most popular male name, coming in at just No. 94 in 2005, which, not coincidentally, was the year the book Marley & Me was published. The film based on the novel came out in 2008. 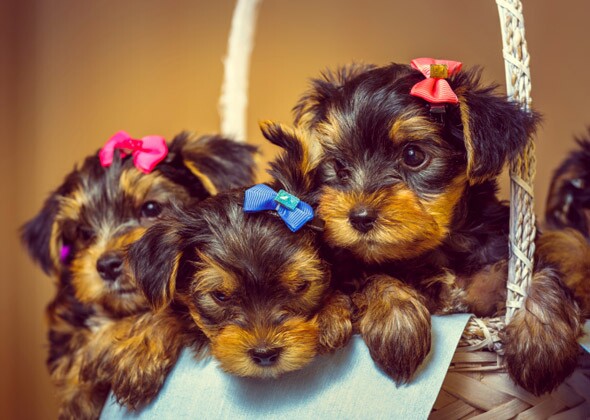 Cali, which was unranked in 2005, first made the list of popular dog names in 2007 and has steadily gained fans ever since. A different spelling of the name (Callie) has also made quite a climb, going from No. 94 in 2005 to No. 59 this year. 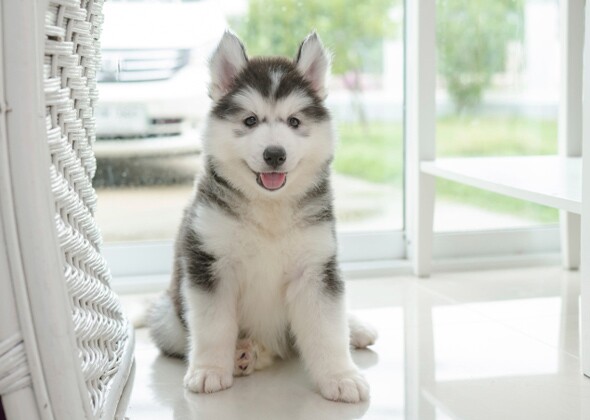 No. 8: Charlie and Brody 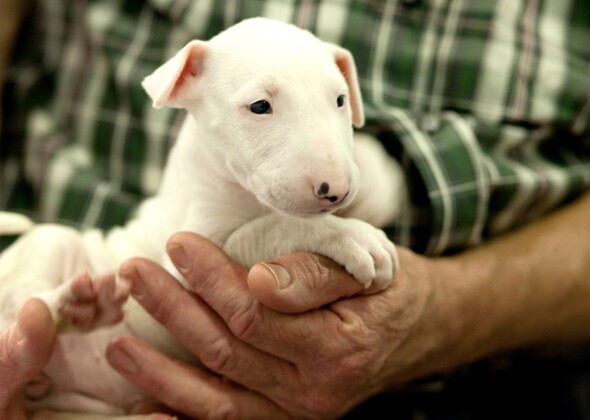 No. 7: Marley and Gunner 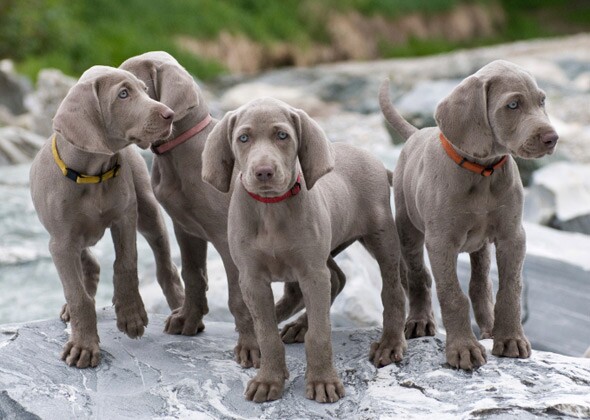 The sixth most trendy female dog name is Athena, which currently ranks as the No. 47 most popular name, after first breaking into the Top 100 in 2010. It's moved seven spots in the past year. 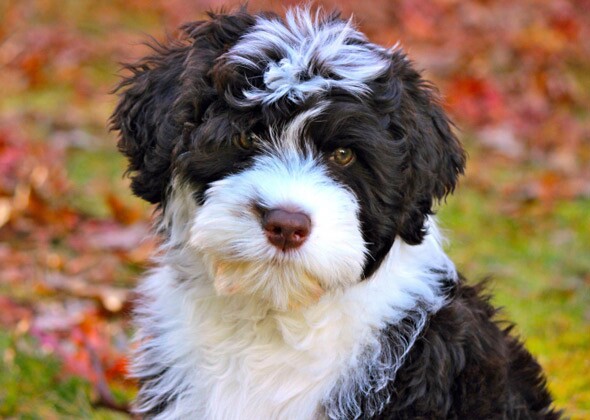 Nala is currently ranked No. 22, moving up four spots since last year. The name, which many recognize from The Lion King, started out at No. 77 in 2005.

King, which cracked the Top 100 in 2006, now reigns over the No. 42 spot. It appears a trend of regal and powerful names has really taken hold. 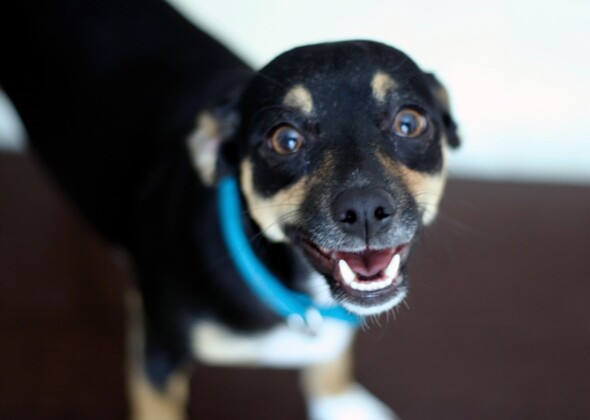 Loki claims the biggest leap in male names over the past year, jumping from No. 61 last year to No. 32 this year, likely due to the popularity of the Thor and Avenger movies featuring a Marvel Comics character with the name. 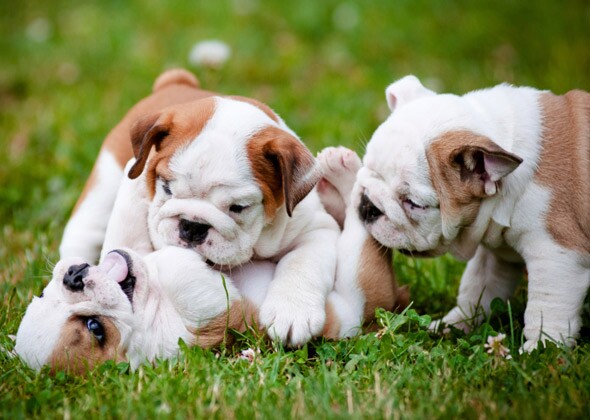 Luna was the trendiest female dog name last year, and although its rise in popularity has slowed slightly, it's still a big hit and broke into the Top 10 for the first time this year at No. 9. The name was at No. 72 in 2005, two years after the character Luna Lovegood made her debut in the Harry Potter books.

Dexter, the No. 29 most popular name, is another nod to pop culture. It entered the Top 100 in 2007, starting at No. 61, more than likely because a popular eponymous television show hit the airwaves in late 2006. 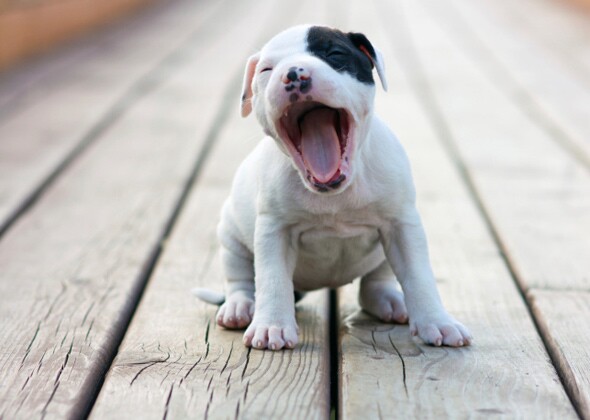 Elsa shot straight to No. 29 in 2014 after never before appearing on the Top 100 list, and we think it's safe to assume this enormous leap has everything to do with the massive success of the animated film Frozen, which features a main character named Elsa. (We can only imagine how many puppies have been serenaded with Let It Go, the main song from the movie.) Elsa's appearance at No. 29 is the only time in the past decade that a name has debuted that high on the list.

Another major movie name is Thor, which is currently the No. 20 most popular name, after first appearing on the list back in 2010 at No. 95, shooting up to No. 44 the following year. Like Loki, Thor has been a main character in Marvel's Thor and Avenger movies — although, unlike Loki, the character of Thor is always one of the good guys, which could explain its higher placement. That, or Thor is just easier to say. 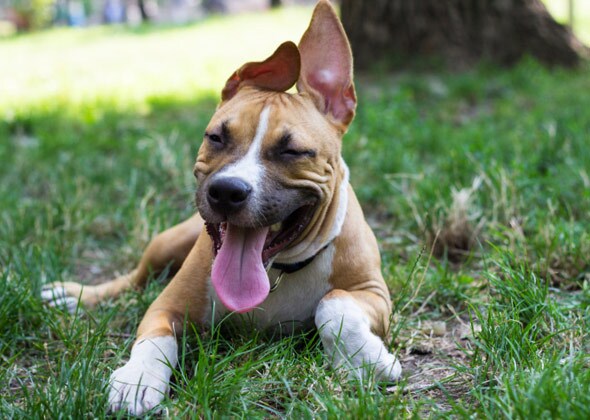 Jax claims the top spot as the trendiest male dog name for the second year in a row. The name of a main character in the hit TV show Sons of Anarchy, Jax initially came into the Top 100 in 2009 (the year after the show hit television) at No. 77, and it's now the No. 14 most popular name. In the last two years, it's climbed a whopping 21 spots! Will it continue to rise now that the series has ended? Let us know what you think.

Did you get a puppy in the past year? If so, did you use (or consider) any of these names?