Feb. 3, 2014: We've scoured the Web to find the best and most compelling animal stories, videos and photos. And it's all right here. 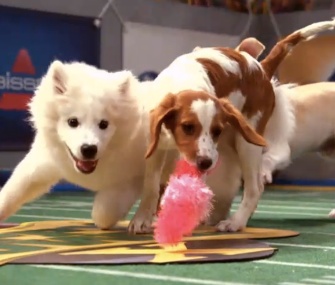 If you were caught up in watching the Seahawks soar over the Broncos, you may have missed some of Super Bowl Sunday’s best entertainment: the Puppy Bowl, Kitten Bowl and — yes — the Fish Bowl. So, here’s a recap. Animal Planet’s Puppy Bowl X included 66 adorable pups (all but two of whom were adopted), its traditional kitten half-time show, penguin cheerleaders and an introduction by Michelle Obama and the first dogs, not to mention a performance of a Bruno Mars song by Keyboard Cat. The Hallmark Channel’s Kitten Bowl, hosted by Howard Stern’s wife, Beth, debuted with 71 tiny kittens, including Tomcat Brady and Feline Manning. All of the kitties were adopted. And Nat Geo WILD’s Fish Bowl? It was mostly a fish, in a bowl, but had appearances by a puppy and kids doing homework. “Fish Bowl really lived up to its bizarre nonsensical promise,” said an Entertainment Weekly review. — Read more from Entertainment Weekly

After they’ve had babies, lemur parents start to give off similar smells, a new study finds. Researchers think the lemur couples might give off the same scent to make their relationship status known or to help mark their territory. The scientists focused on Coquerel's sifakas, an endangered species, living at the Duke Lemur Center in North Carolina. "It could be a signal that they're a united front," said study researcher Christine Drea of Duke University. Lemurs are known to have a complex system of scent communications. The study was published in the journal Animal Behaviour. — Read it at Live Science

Biologists are concerned about starfish dying by the millions since June, both along the coast and in captivity. The starfish, also known as sea stars, are key to the marine ecosystem. The creatures having been developing white lesions on their arms, which spread rapidly, resulting in the loss of the arm. The infection consumes the sea star’s body within days, and it dies. While entire populations have been wiped out off the coast of Washington state and along the California coastline, the cause of the illness has baffled scientists. "What we currently think is likely happening is that there is a pathogen, like a parasite or a virus or a bacteria, that is infecting the sea stars and that compromises in some way their immune system," said Pete Raimondi of the University of California, Santa Cruz. — Read it from AFP via Yahoo 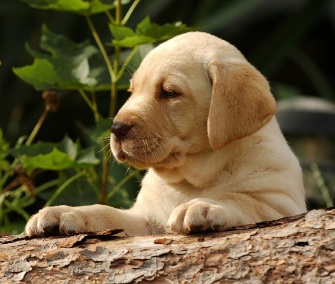 iStockPhoto
The Labrador Retriever topped the AKC's list of the most popular dog breeds for the 23rd straight year.

The lovable Labrador Retriever was America’s most popular dog breed again last year, for the 23rd consecutive year. That breaks the 22-year streak once held by the Poodle, making it the longest any breed has held the top spot since the American Kennel Club was founded in 1884. The rest of the top 10 includes the familiar favorites: German Shepherd, Golden Retriever, Beagle, Bulldog, Yorkshire Terrier, Boxer, Poodle, Rottweiler and Dachshund. But the French Bulldog made headlines by quickly moving up in the ranks, from the 58th spot on the list in 2002 to the 11th place this year. — Read it at USA Today

America’s most famous groundhog, Punxsutawney Phil, had his big day yesterday. As is tradition, the rodent who lives in Punxsutawney, Pa., climbed out of his home to greet fans and the press on Groundhog Day. At 7:25 a.m., he saw his shadow, forecasting six more weeks of winter — and disappointing many who’ve been through a rough winter season already. If he hadn’t seen his shadow, it would have been a prediction of an early spring. But the odds of Phil predicting an early spring are slim — he’s seen his shadow 100 times and not seen it just 17 times. Until next year, Phil! — Read it at the Washington Post