Survey Results: The Easiest and Most Difficult Dog Tricks to Teach 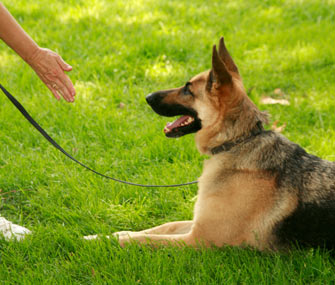 Thinkstock
How does your dog's trick repertoire compare to his canine peers'? We polled Vetstreet readers on how many commands their dogs know, and the results are in.

We've already looked into the types of training our readers have done with their dogs, from puppy socialization classes to advanced specialty courses. Now, we're going back to that same survey of close to 1,800 readers to learn more about the tricks and commands their dogs obey... and the ones they just can't seem to teach their pups.

How Many Tricks Does Your Dog Know?

Take a moment and think about how many commands or tricks you think your dog knows. Ready? If you answered anywhere in the range of three to six, you're in good company — that's how 39.6 percent of respondents answered, while 31.5 percent said their dogs know one or two.

On the outer ends of the spectrum, we had 23.4 percent of readers say that their dogs know more than seven commands, and just 5.5 percent stated their pooches don't know a single one.

Now, how does this break down when you factor in the different types of classes and training dog owners have completed? That's where things begin to get pretty interesting!

We asked readers what type of training they've completed with their dogs, giving them the following options:

Our data suggests that the people who trained on their own tended to have slightly more success with teaching their dogs multiple commands than those who attended only a one-time puppy class. The survey showed that 57.6 percent of those who trained on their own said their dogs know at least three tricks, but that number is only 49.2 percent for those who attended one puppy class.
However, when you go beyond the basic puppy class, things change. Those who did more involved training (specialty courses or certification courses) had greater success, with more than 83 percent of dogs knowing at least three commands. In fact, those who completed specialty courses scored especially well, with 57 percent saying their dogs know more than seven commands.

The Commands Dogs Know, and the Ones They Don't

We asked readers to select which of the following basic commands their dog consistently obeys:

At the head of the class was "sit" — 90 percent of respondents said their dog would reliably follow that command. After "sit" was "come when called" with 74 percent, "stay" with 67 percent and "down" with 64 percent. When you look only at dogs who have attended specialty courses, more than 80 percent of them know all four of those commands. In general, the data suggests that the more formal a dog's training, the more likely he is to know more commands.
"Heel" proved to be a bit of, well, an Achilles' heel for dogs and their owners across all levels of training. Overall, just 29 percent of respondents said their dog would reliably "heel," and when you look at this command broken down by training, there's a clear trend of more advanced training being helpful in teaching it. Success for those who attended a puppy class was at 19 percent, folks who trained on their own came in at 21 percent, basic training course climbed to 32 percent, certification course jumped to 52 percent and specialty course attendees once again fared best at 57 percent.