The Benefits of Using Laser Surgery on Pets 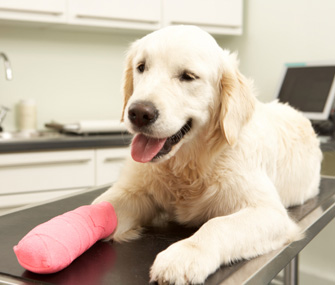 Thinkstock
You've heard of laser surgery for people, but did you know that veterinarians are also using the technology to operate on pets?

I’ve read a lot lately about laser surgery for people. Is this type of surgery used in pets, as well?


A relatively recent technological development in the world of veterinary medicine is laser surgery. Laser is an acronym for Light Amplification by Stimulated Emission of Radiation. Just like in human medicine, laser surgery for pets involves using concentrated light sources as a surgical tool.

Many different types of lasers have had applications in both human and veterinary medicine, with CO2 (carbon dioxide) being the most practical for surgery in dogs and cats. Simply stated, the energy created by the CO2 laser is mostly absorbed by the water of the tissues on which it is being used. This vaporizes the tissue, creating a precise incision where the laser has struck.

The laser has many other attributes, as well. There tends to be less tissue trauma, less bleeding and there is often minimal swelling after the procedure. In addition, surgical time and post-surgical pain may be reduced.

Veterinarians around the country are using laser surgery for some commonplace procedures, as well as more dramatic surgeries. Laser surgery can be used for a variety of operations, including spays and neuters, ear, eye and eyelid surgeries, oral surgery and lump or tumor removals.