Home ›
Our Pet Experts ›
Dr. Carol McConnell ›
The Most Dangerous Days for Pets

The Most Dangerous Days for Pets 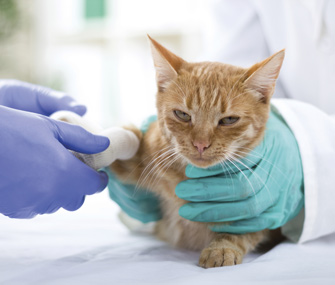 A couple of years ago, our researchers at Veterinary Pet Insurance (VPI) thought it might be interesting to see if our more than half a million policies’ worth of claims data could predict the most dangerous days of the year for our pets.

This was more than simply an exercise in curiosity— at VPI we often use our numbers to help people make good decisions about how to keep their pets healthier. If there were some days that were more dangerous than others, we wanted to know — and we wanted to share that knowledge with pet owners.

What we found, although admittedly anecdotal in nature, makes a good deal of sense: Pets are at higher risk in warmer months, when pets and people are more active and more exposed to risk factors, and around holidays, when changes of routine can lead to accidents.

Holidays Can Be Hazardous

In order to accurately assess the “danger” of a day, we analyzed only those claims submitted for injuries that required immediate attention, such as broken bones, poisonings and lacerations. The worst day of the week? Monday, both in 2010 and 2013. That’s understandable: General-practice veterinarians aren’t typically open on Sundays, which means many pets won’t get treated until Monday, especially if emergency care isn’t available or possible.

According to our data, the most dangerous days of the year are often after a holiday, for the same reason Mondays are busy: If at all possible, people wait until after a holiday to take their injured pets to the vet's office. When we looked at 2010 claims, the days after Labor Day, Memorial Day and Easter were all in the top 10, and the days after Memorial Day and Easter were again near the top in 2013.

I was actually surprised to see that the Fourth of July wasn't in the top 10 for either year in terms of spikes in claims. We veterinarians know that the noise of the day is frightening to many pets, and shelters report more lost cats and dogs after the holiday. But according to our claims, these pets may be running scared, but they’re not ending up at the veterinarian’s office with injuries.

When we look at the data by month, warmer months are more dangerous, with April, May, June, July and August taking five of the top six slots, with very close numbers of claims. The safest month? December, with about one-quarter the number of accidents reported compared to the warmer months.

We’ve all heard that crazy things happen when the moon is full, but our data didn’t show it: Out of a dozen full moons in 2013, only those in the warmer months showed a bump in claims the day after, and only the one in July 2013 broke the top 10. Since warmer months are more dangerous overall, that’s not a surprise. And what about Friday the 13th? Neither of the two Fridays in 2013 that also happened to fall on the 13th resulted in any remarkable rise in accident claims.

What’s the takeaway? While keeping your pet at home on days with potentially higher risk isn’t really necessary, being aware that warmer months and holidays can be more hazardous isn’t a bad thing. It's also advisable to know where to find a veterinarian when your regular vet isn’t available. When your pet is injured, he needs help now — not tomorrow. Knowing your emergency care options is an essential part of being a responsible, caring pet parent.