The Most Popular Beagle Names 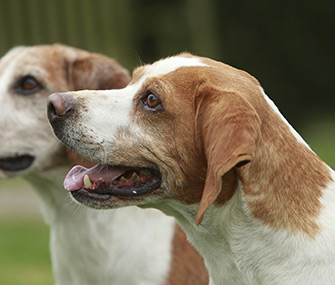 Nick Ridley, Animal Photography
We sniffed out the most popular Beagle names, which included a couple plays on the pup's coloring: Copper for males and Ginger for females.

It's easy to see why the Beagle is the fifth most popular dog breed in America. The compact pup generally has a happy temperament, is fairly easy to groom, has an undeniably adorable face and... have you ever felt a Beagle's ears? So velvety!

Of course, there's also his, uh, musicalvoice and the fact that he will almost always follow his nose to interesting smells (regardless of any commands you might have taught him) to consider. But his fans know that these slightly challenging qualities are a small price to pay for a Beagle's love and loyalty.

Since so many American homes claim a Beagle as a resident, we wanted to see what all these folks were naming their Beagles. We took a look at our database of more than 550,000 male and female Beagle names to see which ones came up the most — you'll find those in the table below — then took a look at how those names compared to our current list of the most popular puppy names.

While there were a few names shared among the top 10 for both puppies and Beagles, there were a couple Beagle names that really shook things up, including one that wasn't even in the top 100 among puppies!

Most of the names appearing in the top 10 female Beagle names could also be found in the top 10 female puppy names: Daisy, Molly, Lucy, Maggie, Sadie and Bella all found spots on both lists, although the order was slightly different. Bailey, No. 7 for Beagles, was just outside the list for puppies at No. 11.

Still, that leaves three other female Beagle names: Lady (No. 6 for Beagles, No. 31 for female puppies), Ginger (No. 9 for Beagles, No. 30 for puppies) and Abby (No. 10 for Beagles, No. 29 for puppies). We suspect Ginger's popularity comes from the reddish-tan color found on so many members of the breed, and we're betting that we're not the only ones who love the repeated "b" sound in Abby the Beagle. And as for the Beagle-specific popularity of Lady? Your guess is as good as ours!

Nosing Around in the Popular Male Beagle Names

Our boy Beagle names had a little more fluctuation, with only three names— Buddy, Max and Charlie—hitting the top 10 for both lists. Jack, No. 7 for Beagles, wasn't too far outside the top 10 for puppies, though, coming in at No. 14 there.

The other six names on the top 10 male Beagle names list were much farther down the list for the overall male puppy population. Buster, theNo. 3Beagle name,was No. 26 for all male puppies. The No. 5 Beagle name, Jake, came in at No. 24 for puppies. Nos. 8, 9 and 10 for Beagles —Copper, Sam and Bailey—were Nos. 44, 57 and 78 respectively. We can see why some of these names were so popular with Beagle owners—both Buster and Bailey bring that "b" sound into play, which is hard to resist with a Beagle. And Copper, like Ginger for females, is almost certainly a play on the Beagle's coloring.

But the name that stood out to us above all others had to be No. 4 for Beagles, even though it didn't even make the top 100 for male puppies: Snoopy. And we don't think for a moment you'll need much help figuring out why!