The Real Cost of "Convenience Euthanasia" 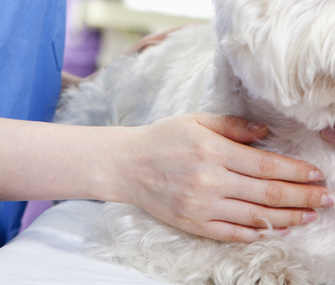 Thinkstock
Dr. Patty Khuly worries that some pets are euthanized for trivial reasons like shedding too much or being too big for their owner's apartment.

First thing on my hectic Monday morning, I received some bad news. It came in the guise of an “I’m so sorry” email from my local veterinary ER. One of my patients had been euthanized over the weekend.

Of course, it’s always a sad affair when a patient passes. Over coffee we vets will acknowledge the loss, tell a story or two, make condolence calls and sign sympathy cards. Then we’ll move on to the business of treating the living.

But this morning’s news proved quite a bit worse than the usual. This patient wasn’t even 2 years old! What’s more: This patient had been fundamentally healthy. All he needed was to be treated for a simple disease — one which required a minimum of fuss, cash or fanfare.

How do I know? Uno had been interned at our hospital the previous week with a highly treatable prostatic problem. Upon discharge, I’d carefully explained that his antibiotic medications would help for the moment, but that castration would be necessary within the week.

Over the weekend, however, Uno had turned up his nose at food and laid around all day, which prompted an ER visit. There, his owner declined treatment and elected euthanasia, and the veterinarian on duty had complied.

To be fair, I was not privy to the conversation between the owner and veterinarian at the ER that night. I don't know what other circumstances contributed to the ultimate conclusion.But on the surface, those of us who had worked with Uno the previous week couldn't understand how euthanasia could possibly have been the best solution for an eminently treatable ailment.

We couldn’t help but think this late-night endeavor qualified as an act of "convenience euthanasia."

That was our point of view, anyway. Hot Cuban coffee couldn’t wash the bad taste from our mouths that morning.