4 Things You Don't Know About Rabies 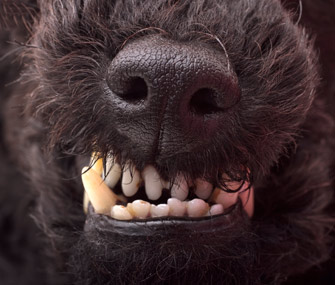 When I tell people I've been reading a book about the history of rabies, their reaction was all about the vaccine, not the disease. That's because for most people in developed countries, rabies seems like something that people die of in faraway places, or something we vaccinate our pets against — not something we worry about catching ourselves.

Rabies vaccines for pets are mandatory in many states and controversial in all. The fact that we actually can argue about the vaccine instead of fearing the disease means we’re very blessed indeed. But in most of the world, rabies is anything but ancient history; Thousands of people die every year from a lack of public health measures that we’ve long taken for granted here in the U.S.

But rabies is something we veterinarians never take lightly; our public health responsibilities to both humans and animals are clear with this horrible disease. That’s a lesson we learn in veterinary school when we typically undergo a vaccine series to protect us from rabies. And we’re reminded at veterinary conferences, when we walk past booths encouraging us to check the levels of protection (known as titers) in our bodies.

Rabies Looms Large in Our History

Rabies is always in the back of our minds, but these days it’s possible to go an entire career without seeing it in our practices. I guess that’s what attracted me to Rabid: A Cultural History of the World's Most Diabolical Virus

, by Bill Wasik and Dr. Monica Murphy (a veterinarian specializing in public health, not surprisingly). The authors cover a lot of things that I knew about rabies, and I suppose that’s true of any veterinarian. But there was quite a bit of information that was new to me, and some of it is really fascinating. Here are four things that I — and I'll bet you — didn’t know about rabies.

Rabies is survivable — for people, anyway. Between 1875 and 1968, there were nine reported cases of people surviving rabies after showing symptoms — but because it wasn't possible to confirm the disease with complete certainty, those people may or may not have actually had rabies. The landmark case of a person surviving rabies came in 2004, when a 15-year-old Wisconsin girl named Jeanna Giese was confirmed with a case of rabies she contracted from a bat bite. She was put in a medically induced coma in a “Hail Mary” effort to save her, and it worked. Since then, a half dozen people have survived full-blown rabies in the United States using the same treatment Giese received, now known as “The Milwaukee Protocol.”

A British rabies scare may have inspired a Stephen King book. In 1977, horror writer Stephen King was living in England, in a time when construction of the "Chunnel," an underwater tunnel between England and France, was a contentious matter of public discussion. One of the biggest concerns was that the tunnel would allow rabid animals to more easily get to England, a country that had worked hard to eradicate rabies. British tabloids ran horrifying serials in which rabid dogs terrified the country. Critics suggest that the King novel Cujo, about a good-natured St. Bernard turned into a killing machine by a rabies infection, was in part inspired by these speculations. (And by the way, the fear of rabid animals coming through the tunnel has proven unfounded.)