Does My Dog Really Need a Seat Belt? 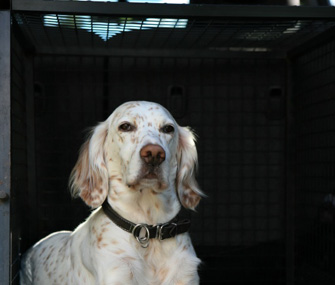 iStockphoto
Dogs need to wear a seat belt or be in a crate when traveling by car.

Q. What do you think about seat belts for dogs? Are they really important? We've never used them and don’t really see the point now.

A. Quite a few of us are old enough to remember when cars didn’t have seat belts. The comic Stephen Colbert, one of 11 children, jokes that his mother “would just open the back of her Town & Country and stack us like cord wood: four this way, four that way … Then she would roll up all the windows in the wintertime and light up a cigarette.”

It’s funny, because in those days no one knew any better than to let children ride loose in the car. That would never happen today, though, and many pet owners are finally realizing that it doesn't make sense to let pets ride in the car without restraints either.

Putting a cat in a carrier for a ride has long been common practice, because cats generally don’t like being in a moving vehicle. But most, if not all, dogs love cars, and they love sticking their noses out the window to enjoy the smells as they roll by. Problem is, it’s just not safe to let them do that. And it’s not just their safety on the line: Letting a dog be loose in the car is also dangerous for the driver and others on the road.

Start with the head-out-the-window: Dust and other debris can blow into a dog’s eyes and cause injury. And that’s just the start of the problems. In these days of multiple distractions behind the wheel, a dog is one more thing that can take a driver’s attention off the road. A few years ago, a driver trying to deal with an unruly dog in his vehicle veered off the road and nearly killed best-selling author Stephen King. These sorts of accidents happen every day to many less famous people but with no less tragic results.

Even if your dog is well-mannered, he’s a distraction while you’re driving. A survey of 1,000 drivers by AAA and the pet products manufacturer Kurgo showed that more than half of all drivers admitted they took their hands off the steering wheel to pet their dogs while driving with them in the car. Even worse, a quarter restrained their dogs with their hands when braking.

Maybe you’re smart enough not to do those things, but you can’t mess with physics. If you’re in an accident, your dog will be sent flying through the windshield or possibly out of the vehicle. He’ll be lucky to survive even a relatively minor collision. And that’s why I recommend restraining dogs in the car with either seat-belt harnesses (don’t ever snap a seat belt to your dog’s collar) or in crates that are securely fastened to the back seats or in the cargo area. You’ll note I recommend your securely restrained pet ride in the back seat; that’s because air bags aren’t any safer for pets than they are for small children.

Keeping your dog safe in the car is an easy thing to do. These days, you’ll find a wide selection of safety gear for pets on the road. I can’t recommend strongly enough that you belt your pet in before your next ride.