Home ›
Dr. Marty Becker ›
Pet Names: How to Choose the Perfect One

Pet Names: How to Choose the Perfect One 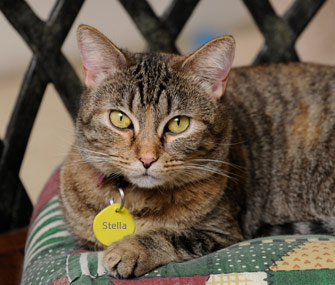 One of the things I most like to do is ask about the origins of a pet's name. I love hearing great stories like the cat named 11:30 because he wasn't quite black enough to be called Midnight, or Brother, the dog so named because there were three daughters in the family and they always wanted a brother. Knowing how a dog or cat got his name helps me bond with clients and serves as a memory boost when owners walk in the door of the clinic or when I see them at the grocery store.

Names have all kinds of origins. Some people choose one name and stick with it for each succeeding pet, simply adding a number onto the end, such as Rosco III. Themes are always popular too. How many chocolate Labs do you know who are named for different types of coffee or chocolate (Kona and Hershey, for instance)? Popular pet cartoon characters such as Snoopy, Garfield and Marmaduke are often the inspiration for pet names, as well as folks in the public eye, like pop stars, actors and other celebrities. Then there are names the animals came with when they were adopted from a shelter or rehomed, sometimes tweaked to suit their new family.

In our family, pet names have been inspired by word play as well as by appearance and circumstance. Gracie, our Lab/Pit mix, came with her name from the shelter. We just added Amazing in front of it, to emphasize how we felt about her. Shakira is our aged Golden Retriever, named after the popular Colombian singer whose hair color resembles our pup’s coat. Quixote, our canine cocktail, is a play on the word coyote. When we adopted another small tawny brown shelter dog who looked like Quixote, my wife Teresa tweaked her shelter name — Adora — to Quora, to match her new canine sister's moniker.

Just like children's names, pet names fall in and out of fashion. One big trend I'm seeing is the adoption of “people” names for pets. I can’t tell you how many dogs and cats I know named Max, Jack, Bella, Chloe, Zoe, Charlie, Sam, Maggie and so on. I think that’s a good thing: It marks our animals’ roles as full-fledged members of the family.

How to Choose a Name

Whatever you call your pets, it’s important to choose a name with positive associations. Names define animals to others and sometimes even give them something to live up — or down — to, whether it’s the actual meaning of the name or the history behind it. Think about it: The pet named Outlaw or Trouble comes loaded with baggage, even if he is as sweet and snuggly as all get out.

Choose a name that’s easy to say. Usually that’s a one- or two-syllable name, often ending with an “a” or “e” sound. Think Stella, Buddy, Sophie, Mocha. While you're at it, choose a name you won’t be embarrassed for the neighbors to hear you call. Do you really want to call your dog in from the yard with a resounding cry of “Vodka! Vodka! Come!” Maybe stick with Stoli, Chopin or Zyr for your Borzoi or Black Russian Terrier.

Choose a name that doesn’t rhyme with no. You don’t want your pet to develop a complex about his name, do you? Names like Beau, Joe, Coco and Cosmo are cute and popular, but it can be easy for a dog to mishear them as “no” and come to dislike his name.

In the end, though, after being a veterinarian for 33 years and a pet lover my entire life, I can tell you this with certainty: Pets don't really care what you call them, as long as you call them for dinner.

Looking for more creative pet names? Vetstreet readers have named pets after their favorite foods, places and historical figures — as well as choosing a few names that are quite a mouthful to pronounce. Let us know about your pets' names in the comments.