10 Tips to Help Teach Your Parrot to Talk 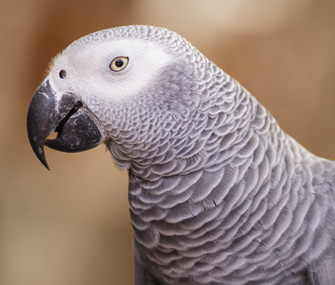 Thinkstock
African grey parrots are among the best-known talking parrots.

Polly want a cracker? Many people get parrots as pets because they are hoping to have a fun level of verbal interaction with these unique and intelligent creatures. Peoples’ perception of avian verbal behavior can range from appreciating their bird’s amusing mimicry of human speech to believing that they can hold conversation-level discussions with their pet. While we won’t debate the level of the interactions here, if you want a pet parrot that talks, what can you do to help this kind of behavior along?

Theoretically all parrot species should be able to learn human language, but some are less adept at “talking” than others. African gray parrots, Amazon parrots, cockatoos and cockatiels are perhaps the best-known talkers, but even small parrots, such as budgerigars (also known as parakeets or budgies), Quaker parrots and lovebirds can be taught to speak over time. These species are so intelligent that they can learn to speak recognizable words, phrases and even sentences. If your priority is to have a parrot that talks, you’re best to stick with one of the species better known for an ability to speak. Other species commonly kept as pets, such as macaws, caiques and Pionus and Senegal parrots, also may be taught to speak some words but be aware they are typically less prolific talkers.

Regardless of what kind of bird you are training, it’s best to start with one or two simple words, such as “hello,” “bye-bye” or “bird.” Once the bird masters these words, you can add on other words to form phrases and even sentences. That’s how many parrots learn whole songs — by adding on a little at a time.

Birds learn to mimic words by hearing them over and over, so be prepared to repeat a word many times before your bird picks it up. This is how many birds learn to mimic environmental sounds, such as the doorbell, microwave or telephone, without their owners teaching them. Parrots will hear and take in sounds way before they actually start to mimic them out loud. This is particularly common in African gray parrots who can be the most prolific talkers but who often don’t start speaking until after 1 year of age. So don’t be disappointed if your parrot doesn’t start repeating what you say right away when you start trying to teach him new words.

Parrots learn best when the words they hear are enunciated clearly each time they hear them. It’s critical that the teacher (owner) not mumble his or her words but face the parrot directly and speak the same words in the same tone each time. Using the same tone means using the same inflection for a word each time you say it and emphasizing the same syllables within a word in the same manner each time. Birds seem to learn more quickly when a word is repeated to them in a high, enthusiastic pitch. The key to mimicry in birds is clear repetition.