10 Ways to Ace Litterbox Maintenance and Keep Your Kitty Happy 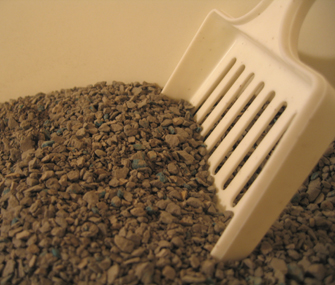 It probably won’t shock you to learn that the most common behavior problem reported among cats is house soiling.

It should also come as no surprise that a reluctance to stay within the box’s boundaries is one of the top reasons why some cats end up in shelters — one study found that 23 percent of relinquished cats soiled their homes one or more times a week.

There are three reasons why cats tend to exhibit what we euphemistically refer to as feline elimination disorders:

Medical Causes: A variety of medical conditions — kidney disease, diabetes, bladder stones and bladder infections — can cause cats to urinate outside their litterbox. Owners who witness "accidents" should not assume that the problem is behavioral. If your cat stops peeing regularly in the litterbox, schedule a visit with your veterinarian.

Stress: Cats will often announce that they’re feeling stressed or territorial (say if a new cat enters the picture) by house soiling. Sometimes they’ll do it willy-nilly, and other times, they'll soil in very specific patterns, which may indicate the source of the problem.

Litterbox Unhappiness: In case you’ve never experienced it, hell hath no fury like a feline pissed off over the state of her litterbox. Many things can suddenly make a box less alluring, including a new litter, a new cleaner and a new location.

So if you happen to have a kitty who's been missing her box — and medical causes have been ruled out — here are 10 simple tips to consider when it comes to keeping your cat litterbox content:

If you’re always just barely keeping up with your scooping, the chances that your cat will stray from her box increase exponentially should any other stress surface. And if your kitty has a potential litterbox issue, daily cleaning (not just scooping) is usually indicated — at least until matters are back under control.

Cats are territorial. Even felines who appear to get along can harbor uncomfortable feelings toward one another. That’s why placing litterboxes strategically helps — your home may begin to look like litterbox central, but it certainly beats having one that smells like it. You should also consider that boxes placed near windows or doors may be problematic due to their proximity to outdoor cats.

Some feline specialists advise having one extra litterbox per the number of cats in your household — so one kitty should ideally have two litterboxes, and two felines should have three etc. Sure, some owners can get away with less, but once you have three cats, you are risking your felines’ comfort — along with your household’s aromatic integrity.