Every year, hundreds of dogs descend on New York City for a competition steeped in tradition and honor. Their owners plan for it for weeks and months. No, we’re not talking about Westminster. It’s the annual Tompkins Square Park Halloween Dog Parade.

We spotted trendy pop-culture costumes like Walter White from Breaking Bad, a food truck and "Barknado" — plus old classics like a princess and a monster. Flip through our photo gallery from Saturday's costume contest, and find out who took home first place. 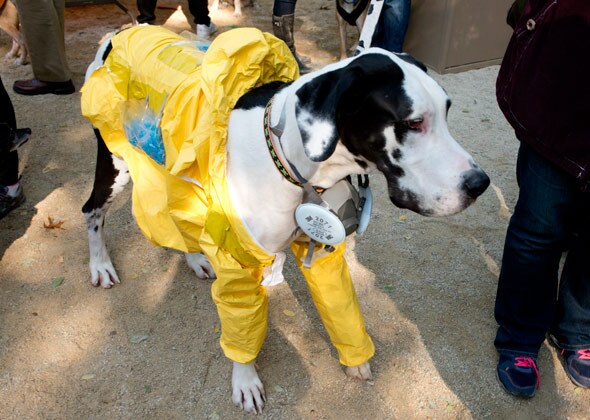 Radar the Great Dane as Walter White from Breaking Bad. 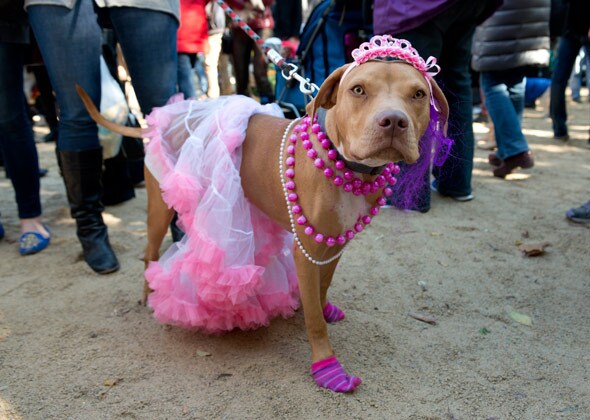 Franklin, a Pit Bull mix, as a princess. 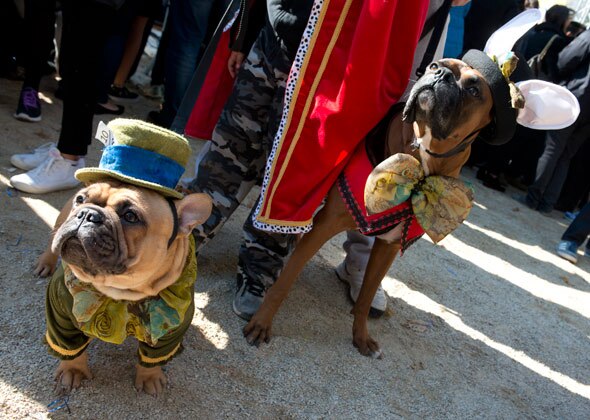 Cruz the Bulldog and Samson the Boxer as the Mad Hatter and the White Rabbit from Alice in Wonderland. 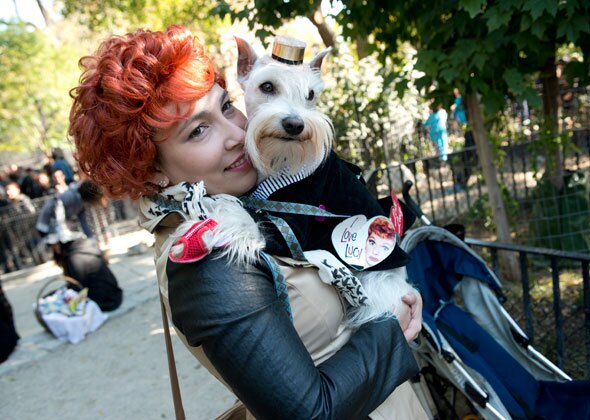 Maria and her Schnauzer Picasso as Lucy and Ricky Ricardo. 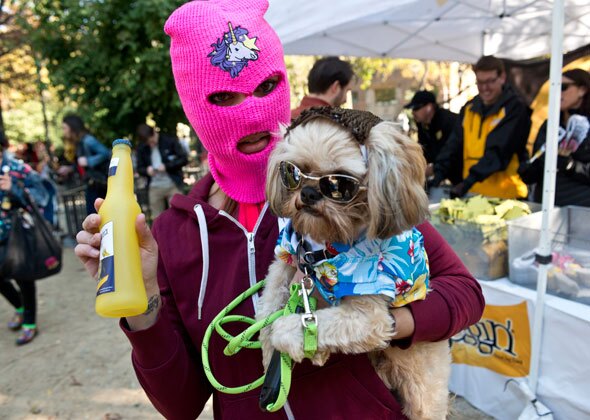 Alison and her dog Igby as characters from the movie Spring Breakers. 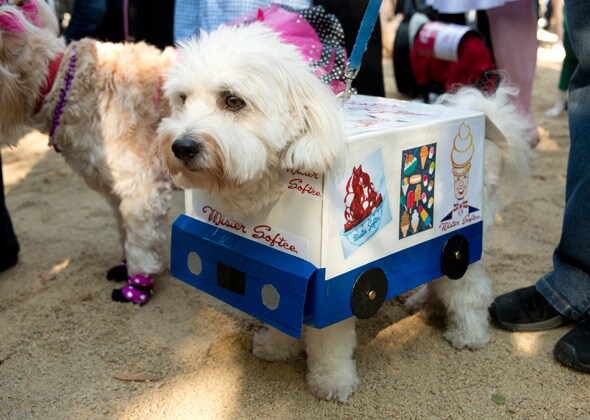 Quincy the Havanese as a Mister Softee ice cream truck. 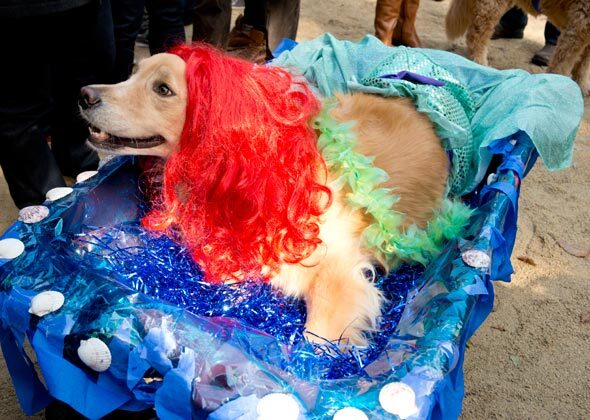 Lily the Golden Retriever as Ariel from The Little Mermaid. 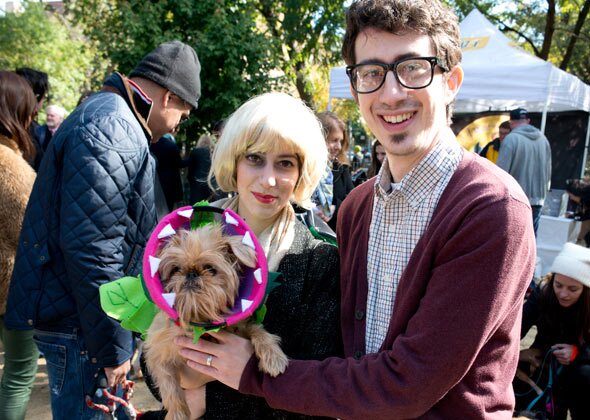 Lori, Dave and their Brussels Griffon Maeby as characters from the show Little Shop of Horrors. 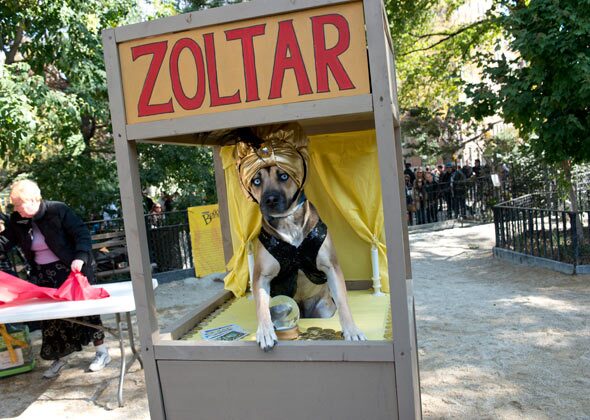 Mia, a Shepherd-Husky mix, as the Zoltar Fortune Teller Machine. 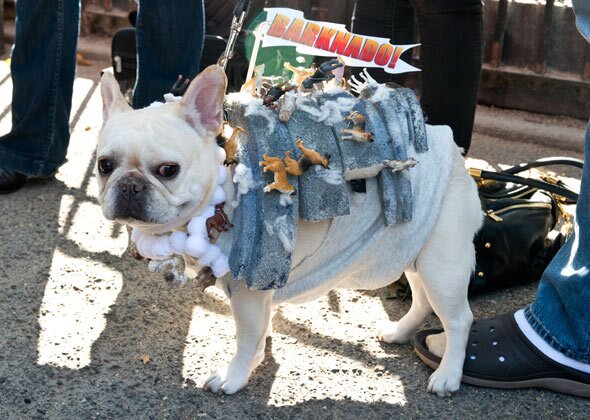 Reggie the French Bulldog as Barknado, a play on the recent made-for-TV movie Sharknado. 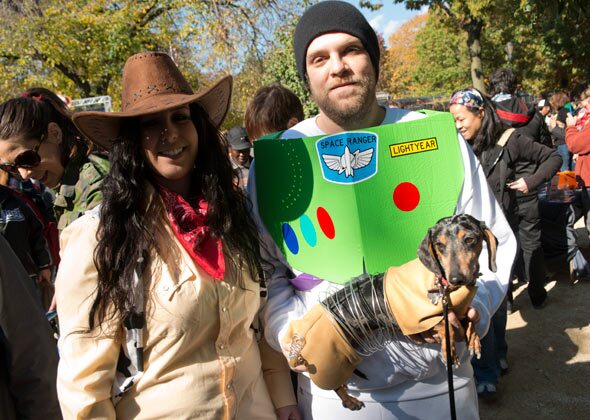 Amanda, Pete and their Dachshund Pepper as characters from Toy Story. 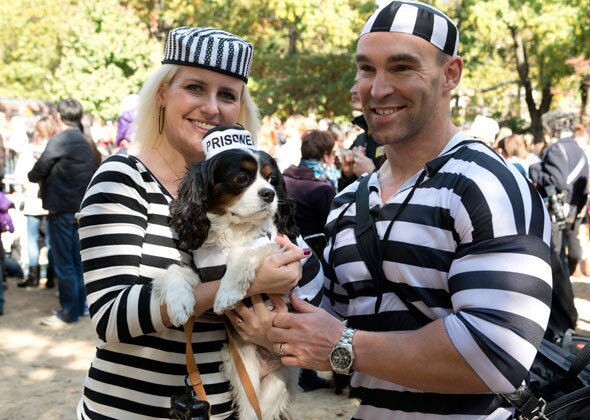 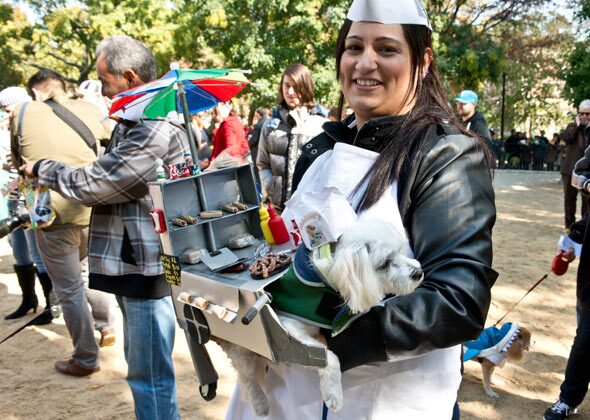 A Maltipoo as a hot dog cart. 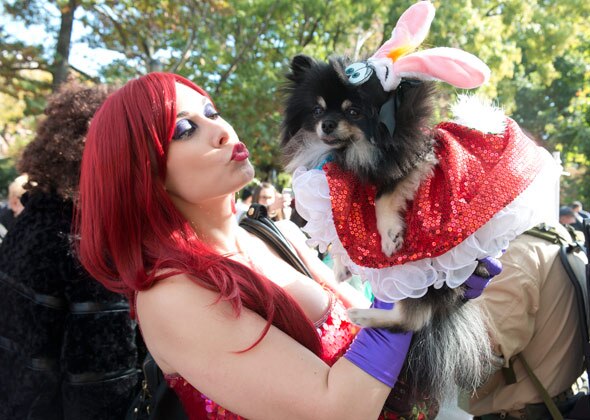 Victoria Viscardi as Jessica Rabbit, and her Pomeranian, Gia Marie, as Roger Rabbit. 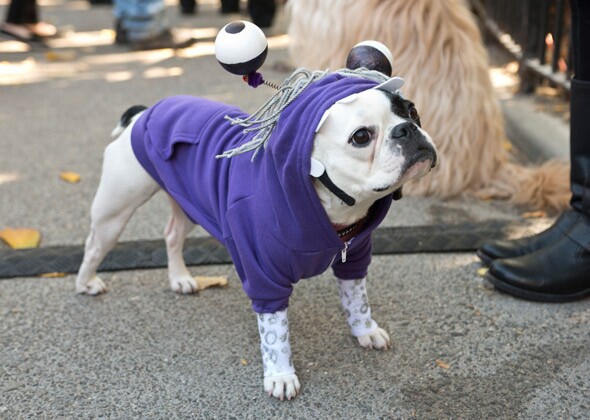 Lulu the French Bulldog as Boo from the movie Monsters, Inc. 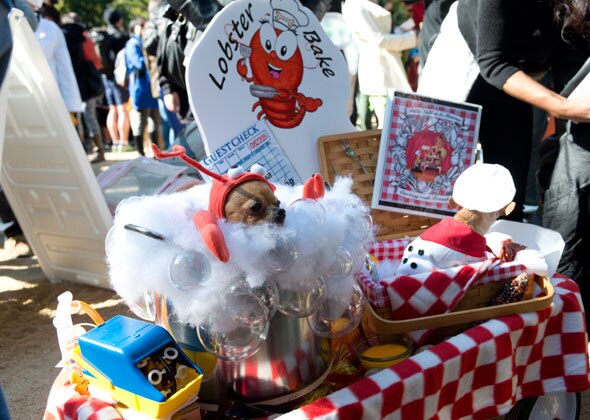 Two Chihuahuas as a lobster bake won the overall Best in Show award at the parade.