Home ›
Our Pet Experts ›
Dr. Mary Fuller ›
3 Disgusting Parasites Your Pet May Have That You Don't Know About 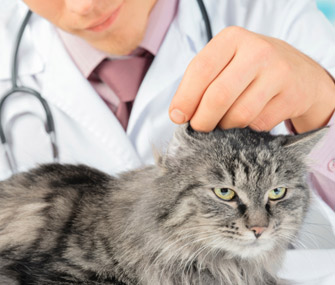 Thinkstock
Your pet could have Cuterebra, lice or even maggots — and you may not even know it.

The first time it occurred to me that veterinarians have a higher gross-out threshold than most people was during vet school. Ensconced in a booth at a local Mexican restaurant, my classmate and I were flipping flashcards and quizzing each other about diarrhea over a couple of burritos.

We were feeling rather chuffed with ourselves until I realized that a hush had fallen over the table next to us. The other diners had all put their forks down and were gazing balefully in our direction.

As it turns out, this would not be the last time I inadvertently repelled someone.

Occasionally, veterinarians come across parasites on dogs and cats that, quite frankly, push owners over the “eeeewwww” line. With apologies to anyone with a weak stomach, here are a handful of cases that expose some less common freeloaders that most pet parents would rather not encounter.


Case 1: The Cat With the Red Bump

A woman brought her cat in because she was concerned about a raised red lesion on his neck that looked like a tiny puncture wound. Once she confirmed that her cat did, in fact, spend a lot of time outdoors, I revealed my suspicion: a Cuterebra larva was nestled under the skin and had created a little breathing hole.

I received a shocked, blank stare.

Cuterebra, or botflies, often lay eggs around rodent or rabbit burrows, and the eggs hatch into larvae when exposed to warm temperatures. Cats, and to a lesser degree dogs, usually become infested when they explore these burrows with their snouts or heads. The larvae can enter through the pet’s mouth, nostrils or an open wound, or the pet can ingest the larvae when grooming.

Once in the body, the larvae can migrate to many locations, but most form a little swelling, called a warble, under the skin. In the United States, pets usually turn up at veterinary clinics with these lesions in July, August and September. The infestations generally don’t pose a health risk to owners.

Although migration to other locations can cause problems, the skin lesions are relatively harmless to most pets. Still, pet parents shouldn’t try to remove the larvae themselves, because rupturing the larvae can lead to anaphylactic (severe allergic) reactions or infections in the pet.

So I took the cat into the treatment room, carefully enlarged the breathing hole and removed the offending larva with a forceps. My mistake, of course, was in bringing the chubby little specimen back into the exam room to show the owner. She assured me that I had ruined her appetite for the entire day.