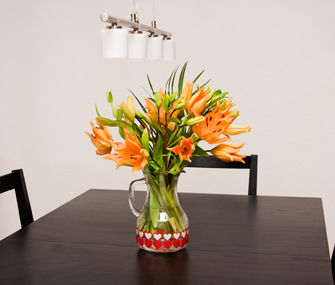 After interviewing veterinary toxicologist Dr. John Tegzes earlier this week, I couldn’t help but ask him one more question that I'd been dying to bring up:

It’s been my observation that plenty of poisons tend to fly beneath most owners’ radars. While chocolate, pesticides and rat poison get prime billing, others receive short shrift from the public. Which toxins make your list of the least respected pet poisons out there?

Dr. Tegzes: "Of all the pet poisonings called into poison centers, exposure to human medications consistently tops the list. I think this is because most people don’t believe that their dog or cat will eat a pill. If you’ve ever tried medicating your dog or cat yourself, you know well that they don’t like it! It can be a very frustrating experience for the owner and stressful for the pet.

"What’s somewhat surprising is that, if your pets see you popping a pill into your mouth and you accidentally drop it, they sometimes will race over and gobble it up before you have time to react. More commonly, dogs will find a prescription pill bottle, which makes a nice chew toy. If the dog happens to chew open the bottle, there are surprise treats inside.

"For some medications, even just one pill is enough to cause serious toxicity in a dog or cat. Medications designed to lower blood glucose in Type II diabetes, as well as those used to treat high blood pressure, can have devastating results when inadvertently eaten by dogs."

"Dogs will eat it if they find it! Depending on the amount ingested, dogs may become very agitated and hyperactive or, alternatively, they may become sedate. In either case, they need to be treated by a veterinarian who can administer a medication to hasten elimination of the toxin and other medications to counteract the adverse effects.

"The problem is that many pet owners are reluctant to tell a veterinarian that their dog got into some marijuana. But the reality is that the veterinarian’s focus is on the welfare and health of the dog, and getting treatment needs to be a priority.

"Even when owners are reluctant to confess to the dog’s exposure, the clinical signs that manifest can be very revealing. The classic one observed in most dogs after marijuana ingestion is dribbling urine."

"Lilies cause almost the same disease in cats as grapes do in dogs. Any part of the flower or plant can be toxic to cats. There are even reports of cats becoming sick and dying from walking through pollen dropped by lilies and grooming it off their paws, or drinking water from a vase that contains lilies. If you live with a cat, don’t ever bring lilies into your home!"