6 Myths Cats Would Debunk If They Could Talk 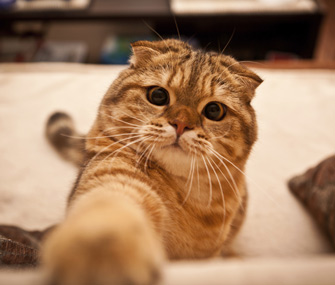 Thinkstock
Cats may be good at hunting, but don't expect them to go after all the pests in your house.

Anyone who has spent time around cats understands that cats are intriguing creatures with many facets to their personalities. As much as we think we understand them, these little enigmas continue to fascinate us.

We're pretty sure cats would agree that there are a lot of clichés, myths and stereotypes about cats that just aren’t valid. Here’s what (we think) cats would tell us if they had a chance to weigh in on a few common myths people tend to believe.

Yes, we’re naturally extremely adept hunters. That doesn’t mean we necessarilywant to hunt, at least not all the time. I mean, why hunt for your meal when it’s delivered on a nice clean dish every morning, noon and night? And as far as hunting for sport, there are a lot of great wand toys these days that look convincingly like small prey. These are much more fun and way less mess. (Of course, some of usdoenjoy hunting and are more than happy to celebrate our successes with you. Just don't count on us to handle your pest control needs. You know?)

I have something to say to the people who wrinkle their noses when they walk into a cat-managed household and ask, “Do you have a cat?” Excuse me, have you ever actually smelled a cat? I didn’t think so. Because if you had, you’d know we smell delightful. What you’re smelling, dear human, is your fellow biped’s laziness. He’s forgotten to scoop the litterbox (yet, again), and day-old poop, or possibly pee, are offending your senses. “Cat smell,” indeed.

Despite what many people believe, not all cats will sell their mothers for a bit of ‘nip. It’s fun, for sure, but as Dr. Marty Becker points out, not all cats love to imbibe. About 50 percent of cats aren’t big on the 'nip, and the little ones definitely say no to drugs. In fact, kittens usually don’t react to catnip at all until they’re about 3 months (crazy teenagers) and start experimenting. Anyway, we can quit at any time. We just don't want to.

Cats Are Rude and Aloof

Have you ever considered that maybe the problem is you? No, really. Cats aren’t rude, aloof and unfriendly. We’re wary. We like to check out situations and people before we make a call on who’s worthy of our attention and who isn’t. If you’re a cat person, you get two paws up. If you’re not a cat person, just watch as we have some fun with you by spending the afternoon trying to get up into your lap. Aloof? No. Ornery? Maybe occasionally.

Cats are not dirty. In fact, we abhor dirt. Why do you think we groom ourselves so often? If one wasn’t concerned with staying clean, why would one use his tongue to wash? Believe me, cats are much more concerned about cleanliness than many humans seem to be. 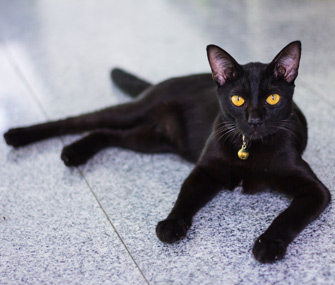 Thinkstock
The idea that black cats are bad luck is so Middle Ages.

Oh, please. That belief is so Middle Ages. Just to prove this is a silly myth, consider that black cats are actually seen as good luck in some parts of the world, like Asia and the UK. That’s more like it. And, in Scottish lore, if a strange black cat lounges on a porch, it brings prosperity to the owner.

Regardless of what kind of luck they bring, black cats are beautiful, friendly and just as loving as any other cat. Maybe they don’t photograph as well, but, hey, no one’s perfect. Well, I take that back. Cats actuallyare perfect.

So next time you care to make assumptions about the feline kind, just remember: Every cat is an individual and can't be conformed to a stereotype. Eh, whatever. I’m going to take a nap now.

Editor’s note: We did not actually interview cats for this article. We tried. They called us paw-parazzi and began to lick themselves.