6 Surprising Requests Vets Get From Owners 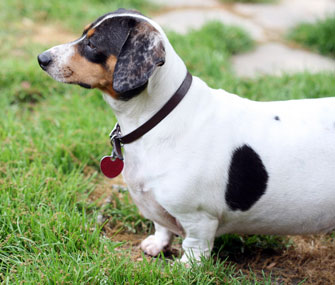 iStockphoto
Believe it or not, pet owners have asked Dr. Patty Khuly if she can do liposuction on their overweight pets.

Being a veterinarian is never boring. Pets are amazing for sure, but pet people are sometimes even more interesting than their creatures. They think, say and do the darnedest things. Especially when it has to do with their animals.

To prove it, I’ve gathered six surprisingly curious pet owner requests. As you mull these over, recognize that these are not one-offs. I get these questions a lot more often than you would think.

1. I want to neuter him, but I don’t want him to look any different. I’ve heard about these implants. Believe it or not, I’ve had to field this question at least once a year since testicular implants for dogs became widely available (about 15 years ago).

What’s more, I’ve had plenty of opportunity to actually use them — so far, without incident. But I always let owners know that implanting any kind of foreign body is never without risk. While similar implants have been used in men with testicular cancer, most dogs don’t really care about their cosmetic appearance, so given even the slightest risk, it seems unnecessary.

Still, I figure if that’s what it takes to get some people to sterilize their dog when I recommend it, so be it.

2. Will you vasectomize my dog? This question (and its corollary, “Can you tie my dog’s tubes?”) is far more common than you might think. In fact, I get calls or emails about vasectomizing dogs at least once a week. Which means I’m frequently in a position to consent to the procedure (after a lengthy discussion, of course).

Though a vasectomy can stop the dog from reproducing, it doesn’t reduce his risk of prostate disease, cancer or hormone-associated behaviors the way neutering can. Which is why many veterinarians are still reticent to perform it.

3. We just had a “romantic accident” at the dog park. Is there a morning-after pill I can give my dog? This is the last weird reproduction request I’ll offer you here, I promise. It’s just that it’s such a common request I couldn’t help but mention it. Unfortunately, however, the answer to this question is no.

No, there is no morning-after pill to prevent pregnancy when dogs have gotten “a bit too frisky” (while their owners were clearly not paying as much attention as they should have been). Luckily, there is a solution to the possibility of pregnancy, and most of the time it comes down to doing what we should have done before the unthinkable occurred.

4. Can we try those doggie diet pills to trim her down? Everyone wants a silver bullet for weight loss. But there's currently no diet pill available for dogs and cats. And weight loss for pets is surprisingly similar to weight loss for humans: There’s no solution that doesn’t involve cutting calories and/or increasing activity.

Did you get that?

5. Her belly is so big it practically drags on the ground. Can you do liposuction? Liposuction, per se, isn’t commonly undertaken in veterinary medicine. Though there are some applications, they’re few and far between (and they have nothing to do with improving her appearance).

Even if we could use liposuction in cases like these, the ethics of treating excess poundage with surgery instead of tried-and-true methods would stay our hands. But that still doesn’t keep plenty of my clients from asking!

6. She’s getting so big –– too big to fit into an airline carrier! Isn’t there a hormone pill that’ll stop her from growing? As almost anyone who’s ever bought a teacup puppy knows, puppies sometimes grow more than you want them to. There is nothing veterinary medicine can or would do for this kind of buyer-beware scenario.

Luckily, it’s not hard to love even way-too-big Maltipoos … or their owners’ oddball requests.