Home ›
Our Pet Experts ›
Amy Sinatra Ayres ›
A Dangerous New Type of Canine Flu: What You Need to Know to Protect Your Dog

A Dangerous New Type of Canine Flu: What You Need to Know to Protect Your Dog 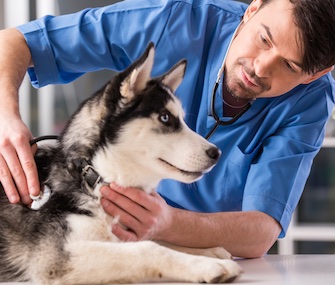 Editor's note: At the time of publication, no vaccine for the H3N2 virus was available. However, in November 2015, two new vaccines for H3N2 were granted conditional licenses by the U. S. Department of Agriculture. The copy has been edited to reflect this change.

A contagious strain of canine influenza that’s new to the United States has caused an outbreak in the Midwest — and is proving difficult to contain.

A New Asian Strain With No U.S. Vaccine

“We have not seen this Asian strain of influenza virus in the United States before, therefore, dogs have no immunity to this virus,” says Dr. Cynda Crawford of the University of Florida, who worked with the team who discovered the American strain of canine influenza virus in the U.S. in 2004. “Every dog that’s exposed to this new Asian virus would most likely get infected.”So far, more than 1,000 dogs have become infected in the Midwest, the Chicago Tribune reports.

The American H3N8 influenza virus has impacted the U.S. dog population since 2004, but Dr. Ed Dubovi at Cornell University and Dr. Kathy Kurth at the University of Wisconsin discovered last week that the sick dogs in the Chicago area were actually infected with H3N2 — a strain that had previously been seen only in Korea and parts of China. Dr. Crawford explains that the virus was likely introduced to the area by an infected dog who had been imported from Korea.

“It has the propensity to spread quite quickly and efficiently through the dog population in this country, and we have no vaccine for this virus,” Dr. Crawford warns.

There are two vaccines for the American H3N8 strain, but Dr. Crawford says most experts suspect they won’t offer any cross protection for the Asian H3N2 strain, because the two viruses are not genetically related. In November 2015, two new vaccines for H3N2 were granted conditional licenses by the U. S. Department of Agriculture.

Prevention Rests on the Dog Owner

Preventing your dog from contracting the infection is key. The highly contagious virus is usually passed among dogs who are interacting in the same space, such as at doggy day care centers, training classes, groomers, boarding kennels and dog parks. Dr. Crawford recommends that dog owners in Illinois and its neighboring states watch closely for news of documented cases in their area and take steps to avoid exposure if necessary.

“Right now it might be prudent to be concerned about bringing your dog to some social event where there are dogs coming together and interacting, especially if there is documentation that the new virus may be in the community,” she says.“Since we don’t really have a vaccine to stop the new Asian virus from spreading, the burden is placed on dog owners to stop virus transmission in their community by simply reducing social activities for a while,” Dr. Crawford explains.

If dogs aren’t in contact with one another then the virus can’t spread, and it will hopefully die out.And definitely keep your dog away from any other dog who shows symptoms of respiratory illness. The good news, Dr. Crawford says, is that neither canine flu strain is a big risk to dogs who generally stay at home or go for walks around their neighborhood.

Keep in mind also that the virus can be spread on clothing and other items a sick dog has come into contact with. According to the American Veterinary Medical Association, "Canine influenza is spread via aerosolized respiratory secretions and contaminated objects (kennel surfaces, food and water bowls, collars and leashes) and people moving between infected and uninfected dogs. The virus can remain viable (alive and able to infect) on surfaces for up to 48 hours, on clothing for 24 hours and on hands for 12 hours." So make sure you don't accidentally spread the virus through any of those methods.