A Warning to Pet Owners Who Smoke 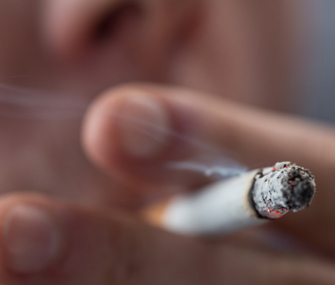 Thinkstock
Secondhand smoke can cause cancer, respiratory disease and heart disease in pets.

Most people are aware that since the early 1960s, cigarette smoking has been known to cause lung cancer, emphysema and heart disease in humans. More recently, exposure to environmental tobacco smoke, also known as secondhand smoke, has been linked to an ever-lengthening list of diseases in children, such as sudden infant death syndrome, asthma and ear infections. As a veterinary oncologist, I can tell you that secondhand smoke contains more than 40 mutagens (substances that damage your DNA) and carcinogens (substances that cause cancer), which lead to a variety of chronic and often incurable diseases in humans. Nicotine, tar and carbon monoxide are just some of the carcinogens found in cigarette smoke. Sadly, those suffering from diseases incited by passive tobacco smoke exposure are innocent victims of a smoker’s choice to engage in a high-risk and addictive behavior. This risk isn’t limited to human family members who share a home with a smoker: It extends to our pets as well.

Not only do pets share our homes and breathe the same air as we do, but their grooming behavior and somewhat more homebody-like lifestyles may increase the intensity and duration of their exposure to smoke compared to that of the humans in the household.


Pets Breathe What We Breathe

If you have ever bought a life insurance policy, you know that many insurance companies often require a physical examination and that that examination frequently includes obtaining a urine sample. One thing insurance companies look for in that sample is cotinine, a metabolite that is an indicator of the presence of nicotine in the body. If the level of this substance is high, the insurance company knows you are a smoker or are exposed to significant secondhand smoke. As a result, you willlikelybe charged higher rates for your policy. Inhaled nicotine,whether by direct smoking or through secondhand smoke, metabolizes similarly in humans, cats and dogs. Just as in humans, cotinine can readily be detected in the urine of both dogs and cats exposed to secondhand smoke. As a result, we know that small dogs who spend a good deal of time in the laps of their smoking owners may have cotinine levels equivalent to that of the smokers themselves.

Nicotine can also be detected in and on hair. A group of veterinarians in England studied the nicotine content on and in the hair of dogs with various levels of tobacco smoke exposure. Nicotine levels in the dogs routinely exposed to secondhand smoke were found to be similar to those of humans routinely exposed to secondhand smoke. Not only do dogs and cats inhale our cigarette smoke, but they also receive a double dose of nicotine when they clean their fur, ingesting nicotine that is on and in the hair. Additionally, pets live lower to the ground than we do and are exposed to smoke residue that has settled out of the environment and adhered to carpets, upholstery and bedding as they sleep in various spots in the house over the course of a day.

Dogs suffer from smoking-related illnesses similar to humans, like cancer and lung disease. Using sophisticated methods of measuring lung function, researchers have identified ways that secondhand smoke can constrict airways and possibly increase the production of mucous in dogs. Exposure to secondhand smoke can also have other negative effects on canine respiratory function. For example, biopsies taken from the windpipes of dogs with confirmed secondhand smoke exposure show a buildup of carbon deposits. Accumulation of carbon is exactly what is seen in smokers’ lungs and part of what leads to the development of lung cancer in smokers. The presence of carbon deposits is just another bit of proof that your smoking is affecting your dog’s health.

Exposure to tobacco smoke also contributes to an increased risk of disease in dogs. For example, the risk of developing nasal cancer increases when dogs are exposed to secondhand smoke. Allergies and scratching are two of the most common reasons veterinary dermatologists treat dogs, but did you know that a dog’s risk of developing allergic skin disease also increases with his exposure to environmental smoke? Scientists have also found that dogs with the most common form of canine heart disease, a thickening of the mitral valve, and who are also exposed to secondhand smoke suffer higher levels of damage to heart blood vessels. This damage can exacerbate the underlying condition.

Finally, the interest in the effects of environmental smoke exposure in dogs is international, and researchers have learned that some of the effects occur at the level of your dog’s DNA. Colombian and Japanese veterinarians identified a variety of changes in DNA from dogs exposed to secondhand smoke. They found that the changes in the DNA are similar to those in humans and that they are associated with smoking-induced lung disease and emphysema, as well as cancer.

Although we know less about the effects of secondhand smoke, or environmental tobacco exposure, in cats, what we do know is concerning.

Lymphoma (cancer of the lymphatic system) is the most common tumor in pet cats, and exposure to secondhand smoke appears to increase the risk of a cat developing this disease. In studies, cats with the highest levels of exposure to environmental smoke have been shown to have corresponding increases in the risk of developing lymphoma.

Oral cancer is one of the common human malignancies resulting from tobacco use. Sadly, years of exposure to environmental smoke has been linked to an increased risk of oral squamous cell carcinoma in cats belonging to smokers as well. Oral tumor biopsies from cats with greater than five years of exposure to environmental smoke demonstrated the presence of a gene mutation commonly associated with the carcinogenic effects of smoking in humans.


Protect Your Pet From the Puff

Cancer, respiratory disease and heart disease. The list of pet maladies caused by exposure to secondhand smoke sounds a bit like those antismoking commercials showing people suffering from the horrific consequences of smoking. As a veterinary oncologist concerned about the health and well-being not only of my patients but of my clients as well, please consider this evidence and think about what you can do to reduce your pet’s exposure to environmental tobacco.

For example, if you are struggling with quitting, at least take some steps now to minimize the presence of secondhand smoke in your pet’s environment. Steam clean your carpets, curtains and upholstery to remove accumulated smoke from your home. Bathe your pet to remove any residue from her fur. Once you’ve cleaned everything and everyone, smoke outdoors away from your pet to prevent the re-accumulation of smoke on your pet and in your home. Especially remember not to smoke while cuddling your pet in your lap or while driving with your pet in the car. The good news is that we know if you stop smoking, the damage from cigarettes abates with time, so let’s hope decreasing your pet’s exposure to secondhand smoke does the same. But better yet, use the compelling scientific information that I have shared with you here to quit smoking for good and protect the health of your beloved pet —and your ownas well.