An Overfeeding Obsession? The Human Psyche and the Pet Obesity Epidemic 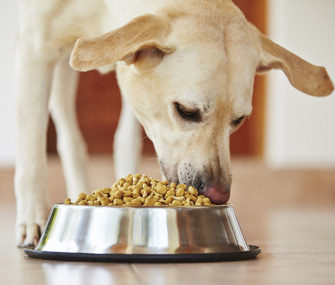 Ever found yourself offering treatsto your furred loved ones against your better judgment? If you’re like most of us, you have. So many of us are doing this, in fact, that our pets are likelier to be on the plump side than tending toward lean.

If you're guilty of this behavior, you’re in good company. You’re in a club that’s currently growing, uncontrolled, as we Americans feel the urge to offer more and more tidbits to our beloved creatures. This desire has spawned an industry of animal snacks.

Twenty years ago you would have thought the market saturated. There were crunchy “bones,” improbably hued meat morsels and chewy strips –– all designed to appeal more to the human in us than the animal in them. But that was the extent of it. Today’s pet owner, by contrast, heads to an entire aisle of offerings, an explosion of selections I imagine our ancestors would’ve stared at, open-mouthed and aghast.

What's Behind the Feeding Frenzy?

I’ve had cause to think about this — a lot.I believethat if I can plumb the depths of the American psyche and pinpoint a cause behind this "feeding frenzy," I’ll perhaps earn a Nobel Prize (or a MacArthur Grant). At the very least, knowing more about our culture’s compulsion to overfeed might bear fruit in my exam room.

What is it about humans that makes us feel the need to feed everything? It’s as if there’s a reflex somewhere in our circuits that connects another being with the irrepressible desire to see it eat.

Zoos sharply instruct visitors to refrain from feeding some animals while placing kibble dispensers in front of others, as if to satisfy our overwhelming urge to gorge a display’s nonhuman inhabitants.And feeding time at the zoo remains the main attraction.

Wildlife sanctuaries and parks have to warn people against throwing their half-consumed fried chicken and other picnic detritus to the animals.

Feeding pigeons and ducks at parks and lakes is considered a bucolic pastime.

Wildlife programming on television is rife with predator-prey interactions, shark-feeding scenarios and other such gastronomic delights.

See what I mean?