An Update on Canine Lymphoma Treatment 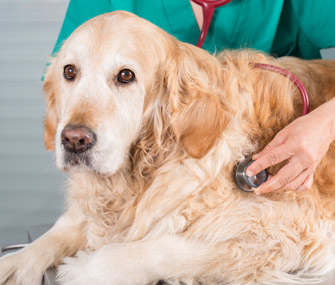 Thinkstock
Veterinary oncologists anticipate that having an additional drug effective against lymphoma will improve survival times and keep dogs and their families together longer.

If you have the unfortunate opportunity to spend time in a veterinary oncologist’s waiting room and decide to strike up a conversation with other pet families, you will discover that many of the dog patients likely are being treated for lymphoma. What is this common disease and how do veterinary oncologists treat it?

Lymphoma is considered a malignant cancer affecting cells of the lymphatic or immune system. In dogs, the disease most commonly occurs in the lymph nodes — little bean-shaped structures filled with lymphocytes or immune cells. Lymph nodes are found behind the knees, under the chin, in the armpits and elsewhere. But since the immune system is distributed throughout the body, lymphoma can be found just about anywhere, including in internal lymph nodes, the skin, lungs and abdominal organs. If your dog develops lymphoma, you might notice enlarged lymph nodes during a petting session. Or your dog might have a red rash or a case of bad diarrhea, because the skin and intestines are two organs affected by this type of cancer.

Not Just One Disease

The immune system is a complicated organ system, scattered throughout the body. It helps protect and defend the body against disease-causing organisms like viruses, bacteria and fungi. The expansive functions of the immune system require it to produce dozens of different types of immune cells, and a different lymphoma variant can arise from each type of immune cell. Based on biopsy results, pathologists have identified more than 30 different varieties of lymphoma in dogs. Each variety carries its own prognosis and has a preferred treatment. The most common form of canine lymphoma, diffuse large B cell lymphoma, is treated with chemotherapy.

For some dogs and their families, a simple lymphoma treatment with one drug makes the most sense. Prednisone, an inexpensive steroid that is administered orally under the direction of a veterinarian, kills lymphoma cells and can sometimes induce remission. However, prednisone’s impact is short-lived and remission typically lasts only a couple of months. Doxorubicin, an intravenously administered chemotherapy drug, can be effective in inducing remission in 80 to 90% of dogs receiving this treatment. Successful therapy with this drug typically results in a median survival time of more than 9 to 10 months, which means half the patients treated in this way will still be alive at that time.