Are Cosmetic Prosthetics for Pets a Good Thing? 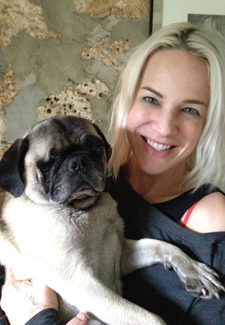 I know it sounds gross, but removing injured, diseased or unwanted anatomical parts is something we small animal veterinarians are good at. After all, we extract ovaries, uteruses, testicles and teeth almost every day.


But sometimes the things that must go are less routinely removed. And sometimes these things are so visible and useful that their owners— or, in the case of animals, the pets' owners—elect prosthetics to replace them.

Many of you have seen such dogs running, tongues lolling, on "bionic" limbs. You might’ve even seen a cat, pony or dolphin with one or more of these special accoutrements.

They are! Which explains why prosthetically enhanced animals are often featured in the news. As the papers, blogs and pet sites like to say, they may have lost a limb, an eye or an ear, but what they no longer have will never diminish their will to live life to the fullest. Not when we have tools to make them look and feel whole again.

You can see the inspirational poster in your head, right?

For the Pet's Comfort or Ours?

Prosthetics for pets who can’t survive any other way are one thing, but prosthetics for cosmetic reasons are quite another — in my opinion, anyway.


Take Slumdog, my 5-year-old puppy mill Pug-mix with the adorably blank expression that says, “I’m so very lovable, but why was I built so badly?”

Indeed, Slumdog is a genetic mess. He’s hydrocephalic, lives with painfully twisted limbs, and shares many of the conformational defects many brachycephalic breeds suffer, including bug eyes. So much so, in fact, that Slumdog lost an eye after being fang-banged in the side of the head by his housemate’s tooth. (Displacement of the eyeball from the socket is a common occurrence among bug-eyed dogs.)


At first, it was a horrible thing to wrap my head around, but Slumdog, ever the clueless pup, recovered perfectly after his irretrievably traumatized eye was removed. And now that the worst is over, I even think he looks darling. But that doesn’t keep people from asking why I don’t put in one of those newfangled, fake silicone eyeballs “so he can look normal!”

What can I say? "Because the only one who should care is Slumdog—and he doesn’t"?