Home ›
Our Pet Experts ›
Laura Cross ›
Breaking: Evidence That Cats and Dogs Can Text ... in Emoji

Breaking: Evidence That Cats and Dogs Can Text ... in Emoji

Breaking news: Dogs and cats are fluent in emoji (you know, the smiley faces and icons that your teenager insists on texting you). In fact, it was a teenager who made this discovery. Recently, 14-year-old Ella Smith accidentally left her iPhone behind when she went on a family trip to an amusement park. When she came home later that day, she discovered a conversation on her phone — entirely in emoji — between her dog and a neighborhood cat.

Shocked, she sent Vetstreet an exclusive screengrab of the conversation. Here it is, and for the sake of science, we need your help translating it: 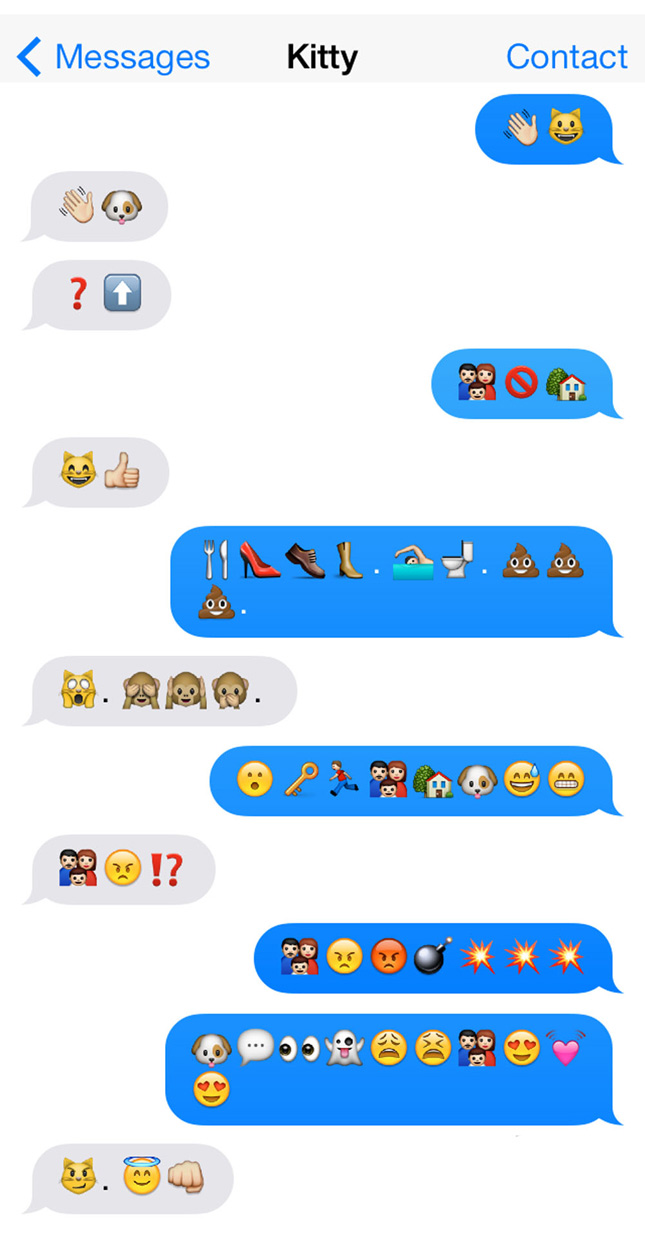 April fools! Sure, dogs and cats can paw away at iPads and iPhones — there are even apps made just for them — but sadly, they have yet to learn emoji. Even so, we’d love to hear your translations of this emoji conversation. Tell us what you think the cat and dog are saying in the comments below.