Home ›
Our Pet Experts ›
Dr. Jenna Ashton ›
Can Pets Get the West Nile or Zika Virus?

Can Pets Get the West Nile or Zika Virus? 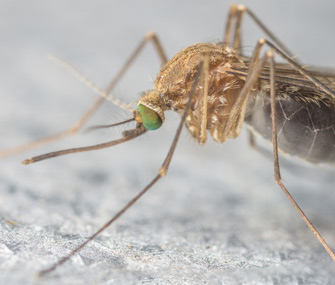 Thinkstock
It's unlikely that Zika or West Nile virus can be spread through dogs and cats.

As summer begins, news programs are rife with stories about the Zika and West Nile viruses. Infectious disease specialists warn about the potential for disease in people. But what about your pets — are they at risk, too?

Once limited to Africa, Europe, India, the Middle East, Asia and Australia, West Nile virus (WNV) crossed the ocean to North America in 1999 and has since advanced across the United States and Canada. Most commonly spread by infected mosquitoes, the virus usually infects people and horses.

Typically, people and horses infected with WNV have very low levels of the virus circulating in their blood, so the virus usually isn’t transmitted to mosquitoes during feeding. That means an otherwise uninfected mosquito generally can’t spread the virus from one horse to another, from a horse to a human or vice versa. To spread the virus, a mosquito must first feed on birds, or in some cases rodents, which typically carry higher levels of circulating virus.


The Impact on Dogs and Cats

Little information is available regarding the susceptibility of dogs and cats to WNV infection. It appears that dogs and cats may be exposed to the virus through a mosquito bite or through ingestion of infected small mammals or wild birds. However, the virus does not appear to cause overt disease in our small companion animals.

In a study of dogs experimentally infected with the West Nile virus, none of the dogs showed clinical signs of disease. The dogs did have measurable amounts of virus in their blood, but the quantity was so low, it was unlikely to result in transmission of the virus to feeding mosquitoes.

Cats experimentally infected with WNV showed mild, nonspecific signs of disease, including lethargy, decreased appetite and fever. Compared with dogs in the study, cats had a higher virus concentration in their blood, which may be enough to infect mosquitoes but not as effectively as infected birds could.

These studies indicate that although dogs and cats can become infected by the WNV, they may not show obvious signs, and neither species is likely to be a source of infection for people.