Emotional Support Animals: Separating Fact From Fiction, Where They're Allowed and More 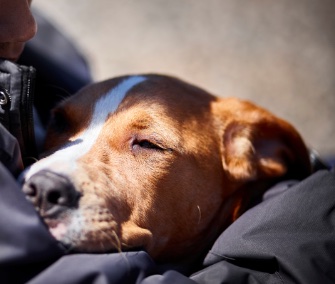 Thinkstock
Emotional support dogs can comfort and calm their owners, but where they're allowed can cause confusion.

“There has been a significant rise in the number of ESAs in recent years, likely due to the increased awareness around assistance dogs for people with physical and sensory disabilities,” says Jeanine Konopelski, national director of marketing for Canine Companions for Independence. The California-based non-profit trains assistance dogs but not emotional support animals.

“Emotional support animals do not have public access or require training, so they are not covered under the Americans with Disabilities Act,” Konopelski explains. Service dogs, who go through years of training, are allowed public access under the ADA.

So where are emotional support animals allowed to go?

“They are recognized under the Air Carrier Access Act to fly on planes and the Fair Housing Act to allow emotional support animals in housing where pet dogs are not allowed,” Konopelski says.

Under the Fair Housing Act, which is enforced by the U.S. Department of Housing and Urban Development (HUD), the key requirement to have a pet live in a space where they’re not usually allowed is that the “animal mitigates or provides a therapeutic benefit related to the disability,” says Rebecca Wisch, a lawyer and associate editor of Michigan State University’s Animal Legal & Historical Center.

“If the person is disabled due to major depression or panic disorder, for instance, the animal must help to ease the symptoms of that particular disability. So, to that end, any animal that fulfills that role can be an ESA.

"I am cautious to use the word ‘pet,’" Wisch adds, "because HUD specifically states ‘an assistance animal is not a pet.’”

Typically, Wisch says, a person who wants permission for an emotional support animal to live with them makes a request to a housing provider. The tenant can be asked to provide a letter from their physician, psychiatrist or therapist explaining their need for the animal.

“These letters are the only proof on good faith of a practitioner that they have certified both the proof of disability and the legitimate need for an ESA,” Konopelski says.

There is no further training or certification process for ESAs, despite what you might read online.

A quick Internet search about emotional support animals results in many sites claiming to be registries for the animals, but they are typically “not legitimate due to the fact that there is no legal requirement to register either an assistance dog or an ESA,” Konopelski says.

“Registries typically require substantial fees for the certifying materials for ESAs and erode the good-faith practice of medical and mental health professionals who recommend the use of ESAs to benefit a person with a mental health or emotional disability,” she warns.