Feline Arthritis — A Condition That's More Common Than You Think 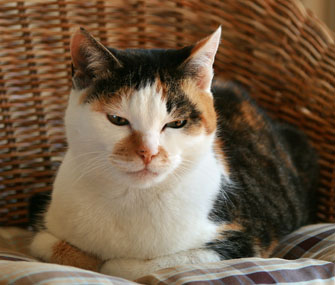 When I graduated from veterinary school 20 years ago, we learned that cats were so well designed and adapted that they incurred very few injuries or diseases related to their joints and bones. Osteoarthritis, one of the most common causes of joint pain in animals, was something only rarely diagnosed in cats — if ever. Turns out we were wrong.

New research proves that today’s house cats get osteoarthritis (OA) about as frequently as dogs. Over the past decade, an increasing number of studies have found that older cats, especially those 12 and older, have a high incidence of arthritis. A 2011 study using X-rays found that 61 percent of cats over the age of 6 had OA in at least one joint, while 48 percent had two or more affected joints. If a cat was older than 14, he had an 82 percent chance of having arthritis.

So much for that practically perfect skeletal system. And what happened?

In my opinion, what happened was that cats got fat. OK, maybe I’m exaggerating a little, but not a lot.

You may have noticed that the felines in the 2011 study were diagnosed using X-rays. That’s because few cats show signs of arthritic pain until it’s really, really bad. In fact, the majority of kitties in the university study were admitted to the teaching hospital for reasons unrelated to their musculoskeletal system. They weren’t limping, holding up a leg or yowling in pain.

So how can you tell if your cat has arthritic pain? It’s tougher than you think.

Subtle Signs of Osteoarthritis in Cats

First of all, whenever I see an overweight senior cat — over the age of 11 and north of 13 pounds — I start looking for OA.

I recently treated a 12-year-old female on second opinion for inappropriate elimination. Out of the blue, the feline had begun urinating on rugs, chairs and — deal-breaker — the owner’s bed. A previous urinalysis didn’t find any infection, and the “behavioral” drugs failed to curtail the troublesome tinkling. Blood tests and a urinalysis performed at my clinic didn’t reveal anything unusual. In fact, I wasn’t identifying anything extraordinary, other than an older, obese cat (16 pounds).

As I mentioned, I’m always on the lookout for pain. So I recommended radiographs to evaluate the abdomen and joints. As you may have surmised, I discovered some pretty arthritic hips and knees. She’s now doing just fine with anti-inflammatory medication, a weight-loss diet and nutritional supplements.

The signs of osteoarthritis in cats are subtle. Here’s my short list:

In addition to these signs, owners need to keep in mind that cats typically only show pain or abnormal walking when the pain is nearly excruciating. Because cats are lower on the food chain, any sign of weakness can mean death in the wild, so they hide pain as long as possible.