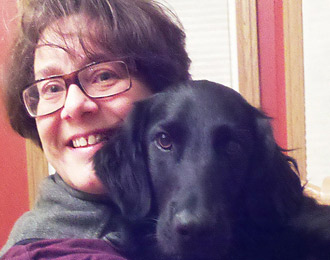 Gina has been writing about pets for more than 30 years as a reporter, syndicated columnist and book author. She has written 13 books on animals, with a 14th to be published in 2012.

Many of her books have been top-sellers, and have been co-authored with “America’s Veterinarian" Dr. Marty Becker, her writing partner since 2007. Before joining forces with Dr. Becker, Spadafori wrote the first three books in the “For Dummies” pet-care line. "Dogs For Dummies," her first book, was given the President's Award for the best writing on dogs and the Maxwell Medallion for the best general reference work, both by the Dog Writers Association of America.

She has also edited books and managed teams of pet-care journalists, and has been a frequent contributor to many top publications. Her books have been translated into many languages, including French, Serbian, Danish, Japanese, Korean and Russian.

In 2007, she was one of a small group of journalists credited with breaking open the pet-food recall story, leading to her and her work being the focus of prominent features in USA Today and the Los Angeles Times.

Convinced she was born to be a farmer, Gina is currently buying rural property not far from her hometown of Sacramento to provide a home for a massive garden and her ever-expanding family of animals, which currently include dogs, cats, horses, chickens and ducks.