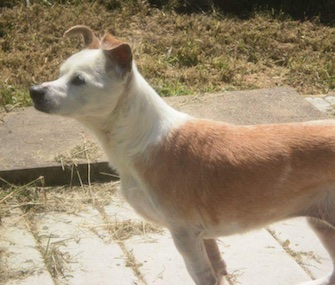 Last summer, 25-year-old LaCrusa Beckman needed emergency back surgery. But she had a problem: She was facing a long recovery, and couldn’t find anyone to help her care for her pets.

“I was really in a tight spot looking for some kind of help for all of us,” Beckman says.

At the time, Beckman had a 16-year-old Chihuahua mix named Ginger, who required a lot of care. Ginger suffered from dementia, needed to be given medications and often had to be rushed to the vet. Beckman also has three cats and a tortoise.

Her great-aunt, who she lived with, passed away just before Beckman's scheduled surgery. “I didn’t have anyone to turn to,” she reports.

Then, Beckman heard about Hospaws.

The nonprofit in western Pennsylvania has stepped in to help care for 30 pets since Valerie Hoegel founded it one year ago. In some cases, like Beckman’s, the pets stay in their own home, and volunteers come to help with feeding, walking, cleaning up and even taking them to their veterinarian when treatment is needed. In other cases, in which the owner isn’t staying at home, pets are taken in by a foster family and returned when their owner is able to resume caring for the animals.

Hoegel volunteered at a local animal shelter for several years. There, she repeatedly witnessed the heartbreak of owners forced to surrender their beloved pets because of illness or surgery—there was nobody to help owners care for their pets during these times. 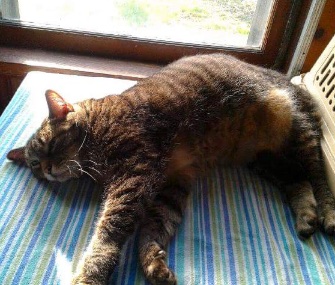 Hospaws
Yodi the cat was fostered for two months for an owner who was recovering from surgery.

“If you’re in the hospital and not working, you can’t afford $25 a day for a boarding kennel,” Hoegel says. “The animals are brokenhearted, the people are brokenhearted — I couldn’t handle it.”

For Hoegel, the last straw was when an out-of-state man brought in a senior Great Pyrenees belonging to his sister, who was in hospice care. Sadly, the dog passed away the next day.

“In my heart, I’m convinced that the dog died of a broken heart,” Hoegel says. “I thought: Would this dog have survived if we could have introduced him to a new family ahead of time, instead of being thrown into a shelter? Would he have done better with a family or in a home atmosphere?”

After discussing the plight of these patients with some friends, Hoegel created Hospaws to help pet owners undergoing medical treatment. Since then, the word has gotten out, and people in need are hearing about Hospaws from hospitals, veterinarians’ offices and on Facebook.

One day, a Hospaws volunteer brought a Hospaws dog to the veterinary clinic where Beckman works as a veterinary assistant. A co-worker aware of her situation immediately called Beckman to tell her about the group. Beckman thought it sounded too good to be true — until she contacted Hoegel.

“Right away, Valerie called me and wrote down my entire schedule with every pet — what to do, what not to do, with all them,” Beckman says. Hoegel admits she had no idea how to care for Ra the tortoise, but she was willing to learn, and he became quite popular with the Hospaws team in the two months they helped his owner. 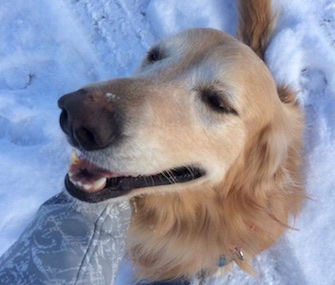 Hospaws
Hospaws will foster Rosie the Golden Retriever for 3 and a half months while her owner is in recovery.

Hospaws has about 15 volunteers who are currently caring for about 11 animals, and the group is trying to raise funds to purchase a residence where they could foster pets in a homey environment. Hoegel knows of a veterinary technician willing to live on the premises and care for the animals 24/7.

Some of their clients are frequently in and out of the hospital, and Hospaws is ready to step in when needed.

“It has given people another option, rather than surrendering [their pets] or even looking for a friend to take them,” Hoegel says. “It seems to be helping people and that’s what it’s all about.”

Beckman agrees. She’s trying to pay it forward by helping Hospaws with promotions and using her own animal-care knowledge to aid the group.

“They really helped so much more than I ever expected anyone to,” she says. “They were strangers, too, and that really says something about the kind of people they are.”