How a Breed Becomes a Breed 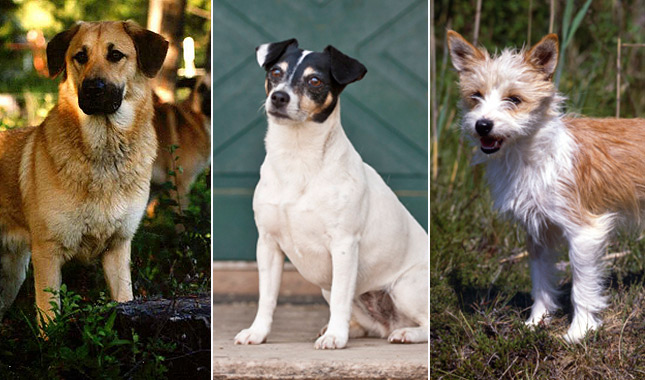 In 2013, three new lovable breeds (Chinook, Rat Terrier and Portuguese Podengo Pequeno) became eligible to compete at the upcoming National Dog Show and next February's renowned Westminster Kennel Club Dog Show. This is not unusual. Each year, the American Kennel Club (AKC)determines the eligibility of newcomers who hope to contend for the blue ribbon.

In the United States, the AKC is responsible for acknowledging and substantiating the existence of breeds in general, usually making two to six official each year. Currently, they recognize 175 breeds. “The AKC has been recognizing breeds since it was founded in 1884,” says AKC spokeswoman Lisa Peterson. “The process has evolved with us.”

Though the organization’s verification system is clearly delineated, it differs in certain ways from the dictated tenets of parallel entities in countries like Canada and the United Kingdom. As it turns out, what renders a breed official in the U.S. may not necessarily hold in the land of royals or maple leaves, and vice versa.

Breeds Born in the USA

In the U.S., the first step in submitting a breed for recognition is to join the AKC’s Foundation Stock Service (FSS), a recordkeeping program for purebred breeders that aims to help support pedigree claims down the line. (This requires filling out a questionnaire, documenting the history of the breed and laying out standards for that breed that conform to specific guidelines, among other things — "rare" breeds from the combination of two AKC-recognized breeds are not considered.) Often these breeds are imported from other countries and must have proof of an acceptable registry.

Breeds are broken down into categories by group: Sporting, Hound, Working, Terrier, Toy, Non-Sporting, Herding and Miscellaneous Class. The next step in having a breed recognized is to have it admitted into that last category.

The AKC recommends various strategies for shepherding a breed into contention: You can form a national club — which can qualify once it includes roughly 100 active households — or a rescue or health committee that puts out a quarterly newsletter and maybe even its own shows. You should encourage fellow lovers of the breed to record their dogs with the FSS, as there must be 150 to 200 dogs registered with complete three-generation pedigrees to be approved.

Dogs generally remain in the Miscellaneous category for one to three years. Full registration depends on consistent enrollment of more dogs of that breed in FSS, unless there are already 1,000 or more dogs enrolled. In that case, the situation is reviewed within six months by the AKC board of directors.

It might sound like a lot, but it’s worth the work. “Once a breed is fully recognized, they’re eligible to earn AKC conformation championship titles, as well as being able to compete in group competition,” Peterson says.

While the uninitiated might associate Canada primarily with only Newfoundlands and sleigh dogs, the country has much going on in the canine realm. Like the American Kennel Club, the Canadian Kennel Club (CKC) — founded in 1888 thanks to the proliferation of Canadian purebred dog shows previously overseen by the AKC — currently recognizes 175 breeds, just like the AKC. Despite the obvious similarities, they go about that recognition slightly differently.

The first step is still to apply for a spot on their Miscellaneous List, which allows event participation and eventual recognition as a breed. That’s accomplished via a written application, a certificate of registration from another Animal Pedigree Act-approved kennel club, breed standards from the country of origin (in writing, with illustrations) and three-generation pedigree documentation, plus a fee. Once all that information is confirmed with the head office, the breed is presented to the board of directors for approval and for membership polling.