Home ›
Our Pet Experts ›
Linda Fiorella ›
How Do Working Dogs Deal With Retirement?

How Do Working Dogs Deal With Retirement?

Many working dogs end up retiring in their handlers' homes, where they lived during their working lives, like Heinmiller's former canine sidekick, Lola. Sometimes, such as in the case of racing Greyhounds, having a home at all is a big change. 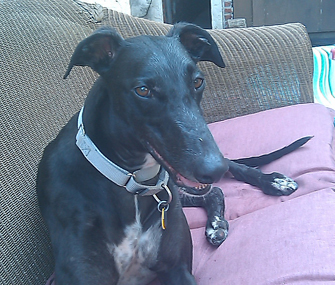 Melissa Gulli recently adopted a retired racing dog named Monroe through the National Greyhound Adoption Program. “He got right away that my house was not where he did his business,” says Gulli, adding that her only complaint was that Monroe was a bit of an early riser in the beginning.

In cases like MWDs, a handler may be unable to adopt the dog. “The first person who is offered adoption is the handler,” says Aiello. “If the handler cannot adopt — they may have a new dog or they plan to be deployed — the dog may be offered to another handler. Then it would go to the general public, who'd have to put in an application for adoption.”

Today, retired MWD Kondi has made friends with Jack (the family's Yorkshire Terrier), likes to herd all her humans into one room, and patiently waits at the front window for her human boy to come home from school.

According to Gulli, Monroe goes for runs and walks, sleeps in, and loves squeaky toys that bring out his "crazy" for a few minutes at a time.

And Lola no longer sticks by the garage door, although Heinmiller is convinced that she hasn’t completely let go of her former life. “She brought her best every day when she was working, and really loved to be out there with me,” he says. “I miss her out on the road, and I know she misses it too.”