Home ›
Our Pet Experts ›
Meredith Hooker Williams ›
Is a Ragamuffin the Right Cat Breed for You?

Is a Ragamuffin the Right Cat Breed for You? 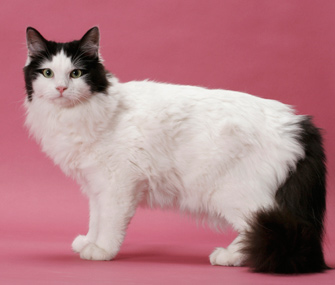 Tetsu Yamazaki, Animal Photography
Expect the Ragamuffin to stick to you like Velcro and follow you everywhere you go.

The Ragamuffin’s name may mean “vagabond” but he’s anything but — he tends to be a friendly cat who likes to stick to his people like glue. He’s usually active and playful and generally up for just about anything. Learn more about this easygoing cat breed and whether he might be right for you.

They're bit of a mystery.

Little is known about the Ragamuffin, the long-haired cousin of the Ragdoll. It’s believed he was probably created by crossing long-haired breeds like Turkish Angoras, Persians, Birmans and long-haired domestic cats.

The generally affectionate Ragamuffin is a classic lap cat who usually doesn’t mind being snuggled.

The Ragamuffin is often outgoing and tends to like people. Expect him to follow you wherever you go and greet your guests at the door.

They can make good family cats.

The Ragamuffin tends to like children and he can even get along with dogs. He’s usually calm and patient and is capable of playing fetch and learning tricks.

There’s plenty of the Ragamuffin to snuggle; he’s a big breed that typically weighs between 10 and 20 pounds.