It's Complicated: Life With a Cavalier King Charles Spaniel 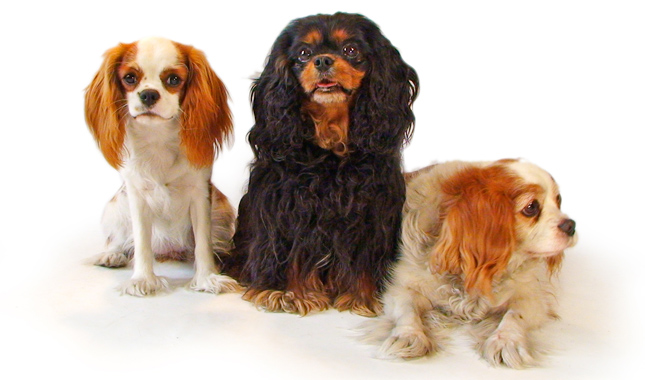 I write about dogs for a living, and if there’s one thing I know, it’s that there’s no such thing as the perfect dog. But in my mind, the Cavalier comes close. I’ve loved Cavaliers ever since we acquired our first one after the death of our Greyhound.

From sighthound to toy breed may seem like a strange step, and it wasn’t something I ever expected to happen. We were living in a condo, and our Greyhound's quiet and laid-back nature was a perfect lifestyle match. But when she lost a leg to cancer and had to be carried up and down the stairs, we realized that it would be too difficult to have another large-breed dog in that particular home. Since we weren't in the market for a new home, we decided to downsize dogs until we were in a different space.

And that's how we became Cavalier people.

Once we got that first Cavalier, there was no going back. I love their gentle sportiness, happy nature and willingness to go anywhere and try anything. They are an easy size to live with: not too small and not too big. Not even the potential for health problems can dim my adoration. Our Cavaliers dog my footsteps like canine ladies in waiting, always interested to see what I’m going to do next and ever hopeful that it will involve food or a car ride. 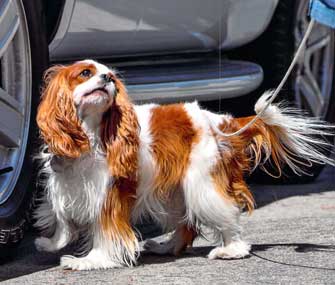 When scientists unravel the Cavalier genome, it’s sure to feature a gene for lap-sitting. That’s a Cavalier’s favorite spot, but the dogs are hardly lazy. Among their many activities, mine have pointed mule deer while hiking at Yosemite, gone boating with friends and earned titles at Nose Work trials. Many Cavaliers participate in agility, rally and other dog sports. I even know of one who is a hunting dog, retrieving birds with the best of them.

My Cavaliers have been super traveling companions, thanks to their size and easygoing personalities. They have traveled the country by air (in the cabin, of course) and automobile, making friends everywhere from Seattle to Kansas City. Like humorist Will Rogers, my Cavaliers have never met a stranger: Everyone is simply a new best friend.

I’m currently living with my fourth and fifth Cavaliers over a 16-year period. The first was Bella, a three-year-old retired show dog purchased from a breeder who became a good friend. Bella was so fabulous that within a year, we were in the market for a puppy — our first of any breed. Along came Darcy, who was super smart and charming — more than any dog has a right to be.

We were smitten with this breed, so much so that we added a third — a black-and-tan named Twyla adopted from a Cavalier rescue group.

It’s easy for me to see why Cavaliers can be addictive. Our Cavaliers are enthusiastic, cheerful and smart, and their moderate and adaptable activity level was simply icing on the cake once I had fallen in love with their outgoing, fearless nature.