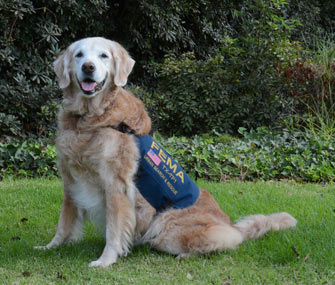 Bretagne was believed to be the last surviving search and rescue dog who worked at Ground Zero after the Sept. 11, 2001, attacks. This weekend, she’ll be honored at a ceremony for the 15th anniversary of the attacks at her hometown Cy-Fair Volunteer Fire Department. The Golden Retriever passed away in June, just two months shy of her 17th birthday. She had joined the department’s search and rescue team in 2000, and was deployed to several other disasters, including New Orleans after Hurricane Katrina in 2005. In her retirement years, she spent time listening to school children read at elementary schools near her Texas home. — Read it at Click 2 Houston