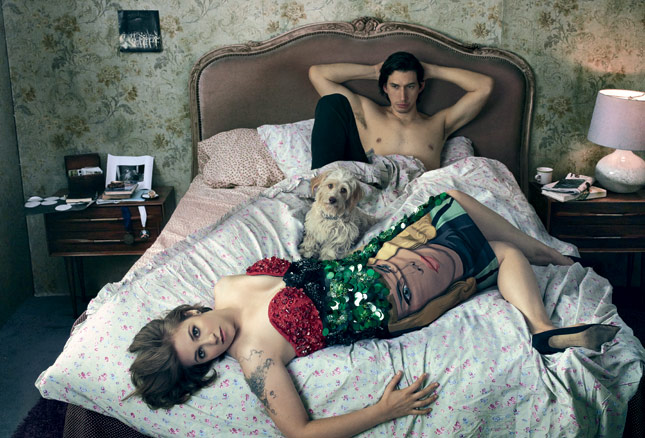 It's not the silk Prada dress that we're drawn to in this picture. Or Lena Dunham's Manolo Blahnik pumps. Or even Adam Driver's sultry stare. 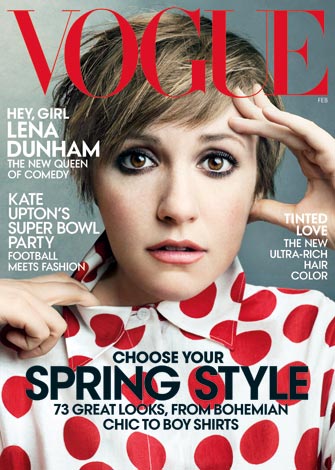 It's only been a year since the award-winning Girls producer and star brought Lamby home from the Brooklyn Animal Resource Coalition, adopting him alongside her mother, photographer Laurie Simmons. But in that short time, Lamby's gotten plenty of press.

Last March, Dunham penned an essay for The New Yorker about her lifelong dream of having a dog, inspired by the family lore of her mother's dog, a Shepherd-Collie mix with a "pathological obsession with Ritz crackers" and her father's childhood pet, a runt Dachshund named General George Armstrong Custer.

And now Lamby is making his big magazine debut, appearing in photographs from Dunham's cover shoot for the February 2014 issue of Vogue. We've got one photo here, but if you can't get enough of the cute little dog, head over to Vogue's site to see more pictures and read the cover story.