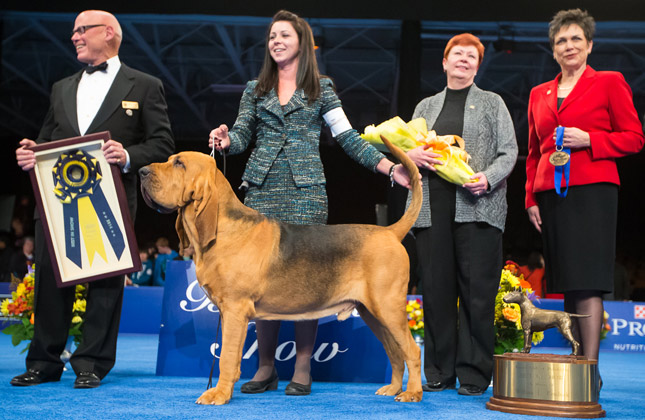 Millions tuned in to NBC today after the Macy’s Thanksgiving Day Parade to watch as judges crowned Nathan the Bloodhound as Best in Show at the 2014 National Dog Show.

Although it was Nathan's closeness to the American Kennel Club's breed standard for the Bloodhound that won him the title, it was the unexpected smooch that he gave Best in Show judge Edd E. Bivin that won him the audience's hearts.

“He just came out and shined today,” owner-handler Heather Helmer stated in a media release. “Kissing the judge, stretching and scratching — he always pulls those antics, and he knows I think it’s funny. That’s why he does it.” 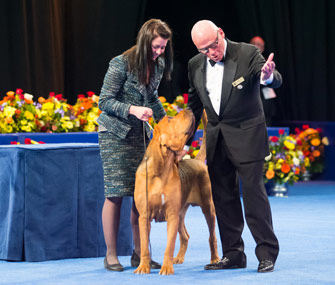 GCH Flessner’s International S’cess — that's Nathan's registered name — hails from Saginaw, Michigan, and he is the No. 1 hound in the country. If you're a hound lover, you have reason to be very proud of this group: Last year was the first time a hound ever won The National Dog Show — which was dominated by terriers in five of its first 11 years — and to win two years in a row is a big deal.

As for Nathan, we'll be surprised if this 4-year-old star isn't a big contender at the Westminster Dog Show this February at Madison Square Garden.

Nathan beat out more than 1,500 other dogs for the coveted title, including dogs representing two new breeds competing at The National Dog Show for the first time this year: the Coton de Tulear and the Wirehaired Vizsla.

Reserve Best in Show (a relatively new designation for runner-up) went to a snow-white Samoyed named Bogey, who won the Working group. Judging from applause during the Best in Show round, the audience favorite was French Bulldog Freda, who took the Non-Sporting group. Other contenders in the top seven were: 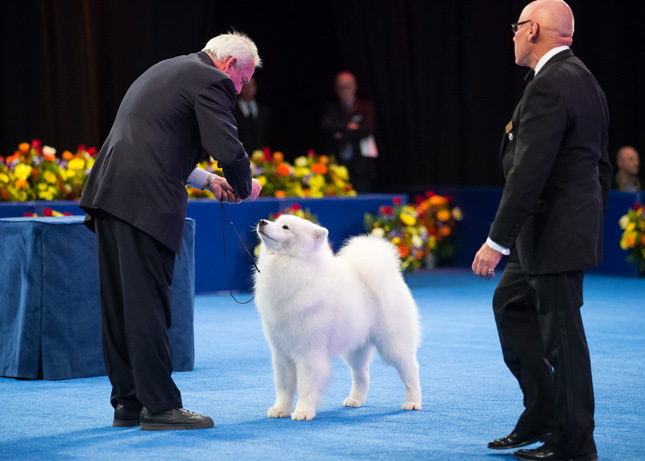 Don't worry if you missed the first broadcast of the show: NBC will air an encore presentation on Saturday, November 29th from 8 to 10 p.m. And if you still can't get enough of the cute canine competitors, check out our behind-the-scenes photo gallery from the benching area.