July 27, 2016: We've scoured the Web to find the best and most compelling animal stories, videos and photos. And it's all right here. 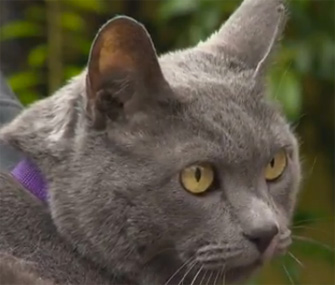 KGW via People Pets
Misty is finally back with her family after an animal shelter scanned her microchip and tracked down her owners.

When Misty the cat disappeared from her house in Portland, Oregon, in 2005, her family feared they would never see her again. But they were wrong. Eleven years later, owners Dean McCrea and Meredith Warren got a call from Multnomah County Animal Shelter saying they had the couple's long-lost pet. McCrea and Warren were shocked but thrilled to welcome their healthy, happy cat back home. “She doesn't seem stressed. She's very sweet, just purrs and purrs,”Warren said. — Read it at People Pets

Maverick, an emaciated German Shepherd who chewed off his own foot to escape a tether that had become entangled around his legs, is now recovering at a Boston vet hospital. The dog was found after a concerned neighbor called the authorities. Animal welfare agents who responded to the tip said that in addition to his severe foot wound, Maverick was underweight and had a matted coat. Officials believe he had been tangled in the tether for at least a full day before rescuing himself by gnawing off his paw. Vets plan to reconstruct his foot and have high hopes for the dog’s recovery. Maverick’s owner is facing felony animal cruelty charges. — Read it at People Pets 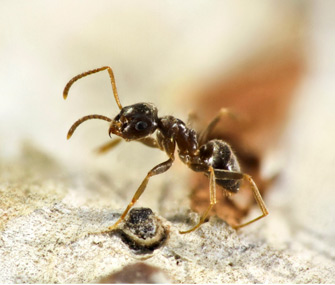 Alamy
An invasive garden ant could have a serious impact on the U.K.'s biodiversity.

Super Ants Taking Hold in UK Faster Than Ever

Three new infestations of an invasive garden ant — known for building massive colonies of tens of thousands of insects — have been found in the UK this year. Originating in Asia, the ants are thought to have arrived from imported plants. Researchers warn that while the ants pose no threat to humans, they could have a huge impact on biodiversity. — Read it at Science Daily

An extremely rare white whale was sighted off the coast of Australia as it headed to warmer waters to mate. The albino whale is widely believed to be Migaloo, the world’s best-known humpback white whale, who was first spotted in 1991. "I cried. I screamed 'You gorgeous whale, thank you for being here for us today,'" Alison Reid, who saw Migaloo on a whale watching cruise, said in a radio interview. "He's amazing. It was just an incredible sight, it was so unreal."— Read it at Seeker

While playing the popular Pokémon Go app, Carey Burns came across a real-life animal — a stray kitten — in the parking lot of her Orlando, Florida apartment complex. “I heard this noise, it sounded almost like a bird … I followed the noise and there was this little kitten sitting there on the ground, and her leg was out at a weird angle. I just scooped her right up,” Burns said. “She didn’t fight me or anything, she just seemed scared and hurt.” Burns took the kitten to Candy Cats, an Orlando-based feline rescue group, who agreed to pay the kitten’s medical bills if Burns would foster her while she recovered from her fractured pelvis and dislocated hip. While Burns can’t keep her permanently, she did name her Mewtwo, after the legendary feline Pokémon players are eager to capture. — Read it at Huffington Post