June 22, 2015: We've scoured the Web to find the best and most compelling animal stories, videos and photos. And it's all right here. 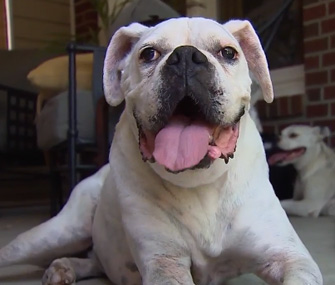 Six years after losing their dog Bam, the Weston family got the surprise of a lifetime when an animal shelter — after scanning Bam’s microchip — called to say they had found him. “I was shocked! I was just ... stayed like with my mouth open. ‘That can’t be him,’ but turns out that it is,” said 18-year-old owner K.C. Weston. Weston, who now has another dog named Mila, says he never wants to experience a loss like that again. “I love them, both of them, just the same,” he says. “I don’t want to lose any of them.” — Read it at WABC-TV New York

Germany has announced that it will transform 62 former military bases into tranquil sanctuaries for birds, beetles and bats. "We are seizing a historic opportunity with this conversion — many areas that were once no-go zones are no longer needed for military purposes," says Germany’s Environment Minister Barbara Hendricks. "We are fortunate that we can now give these places back to nature.” The preserves will protect species like the middle spotted woodpecker and the lesser spotted eagle. — Read it at The Huffington Post


Rats Trained to Sniff Out Landmines

In Cambodia, a team of 15 giant rats is being trained to sniff out landmines leftover from three decades of civil war in the country. The rodents —some weighing more than 2.5 pounds — are being tested for a variety of skills, including the ability to sense all types of mine and detect buried ordnance; they are also being assessed on how fast they work. “If the rats pass the tests, we will use them,” says Heng Ratana, director general of the Cambodian Mine Action Center. Last year, 154 people were killed or injured by leftover mines, according to the Cambodian government.— Read it at Discovery News 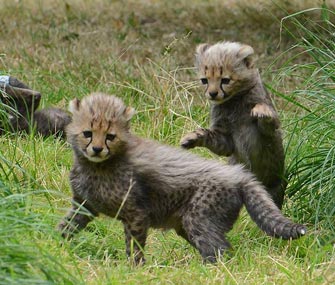 The Allwetter Zoo in Germany welcomed a litter of seven cheetahs in April, a rare number for a mom to give birth to — the average litter size for cheetahs is three to five cubs. Dubbed the “seven dwarfs” by zookeepers, this is the second litter for mom Namoja. Cheetahs are classified as vulnerable on IUCN Red List of Threatened Species. — Read it at Zooborns

A Los Angeles animal shelter’s annual Hero Dog award was given to Tara the cat, who fought off a Chow-mix that attacked Jeremy, her six-year-old owner, in the driveway of their home. Tara body-slammed the dog and chased it out of the driveway and away from Jeremy. Video of the incident caught by security cameras went viral and Tara became an internet star. But Roger Triantafilo says Tara is not an aggressive cat — she's just protective of Jeremy, who is autistic. “The neighbor kids come over and play with her. Dogs walk by all the time. She gets along fine with our dog, Maya,” says Jeremy’s father. “But if Jeremy falls off his bike, she comes running. If he starts crying, she comes running.” The trophy awarded to Tara for her heroic deed had one alteration — the word “dog” was scratched out and replaced with “cat.” — Read it at Wish TV