April 12, 2017: We've scoured the Web to find the best and most compelling animal stories, videos and photos. And it's all right here. 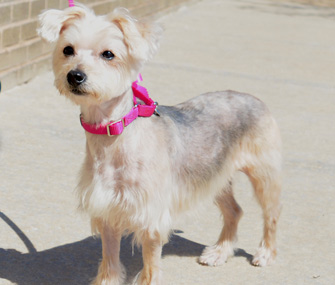 Humane Society of Missouri
After surviving such a horrific attack, Frannie is fully recovered and has a forever home.

In March, the Humane Society of Missouri’s Animal Cruelty Task Force received a call about a female Poodle mix who had been stabbed 19 times. At the time, they weren’t sure she would survive, but veterinarians treated the dog with IV fluids, antibiotics and pain medication. Not only did Frannie make a full recovery, but she found a forever family — the first responder who found her decided to adopt her. — Read it at Fox News

A little cat with a big heart was living in a New York apartment with two other adult cats, when they all gave birth around the same time. Unfortunately, the other two moms had trouble nursing, so Izabelle stepped in to feed and care for all fourteen kittens! Overwhelmed by all the new arrivals, the cats’ owner surrendered them to a local animal shelter, whereIzabelle is still caring for the kittens and waiting for a foster or forever home. — Read it at People Pets

Study: Having a Dog Makes You a Better Person 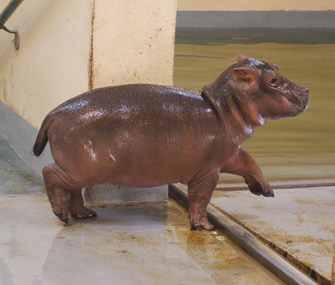 On March 23, the Memphis Zoo welcomed a big bundle of joy — a 76-pound Nile Hippopotamus — and now they want help naming the calf. The Memphis Zoo staff has carefully chosen five names for consideration, and the public is encouraged to vote for their favorite name: Venus (in honor of the Zoo’s first female hippo), Cleo (short for Cleopatra), Winnie (“happiness”), Zuri (“beautiful”) or Asha (“lively woman”). The winning name will be announced Friday, April 14 via the Zoo’s social media pages. — Read it at Zooborns

Magic, a one-year-old tabby cat, has been taking social media by storm thanks to his adventures with his owners Eric and Erika. The trio has hiked at Mount Baker, camped at Moran State Park and kayaked on Lake Wenatchee — and it’s all being documented through the Instagram account @furrymagic. "We knew he had a bit of a curious personality going into it," said Eric. "We kept taking him to parks and he liked it more and more. The social media stuff has been a surprise it's just been sort of a fun ride." — Read it at King 5