August 1, 2016: We've scoured the Web to find the best and most compelling animal stories, videos and photos. And it's all right here. 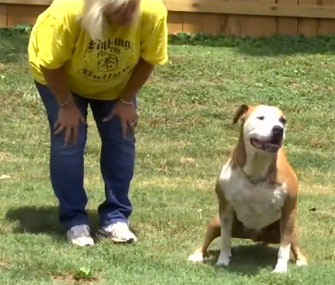 ABC 7
Hero the Pit Bull recovered from his surgery and is now ready for adoption.

When a Tennessee woman was being attacked by a knife-wielding man, a stray Pit Bull wasted no time coming to her defense — and got stabbed several times himself. The officers who responded took the dog, who they aptly named “Hero” to a local vet, where he almost died twice during surgery. The 7-year-old dog is now being cared for by the owner of a Pit Bull rescue and is up for adoption. — Read it at ABC 7

Jai, India’s famous tiger who shot to nationwide fame three years ago while embarking on an epic hike in pursuit of a mate, is missing. The seven-year-old cat was last seen at the Umred Karhandla Wildlife Sanctuary on April 18 and forestry rangers became concerned when his electronic collar stopped transmitting his location. The India government has offered a reward of 50,000 rupees for information on his location. — Read it at Seeker


World’s Largest Animals Could be Extinct by 2100

In less than 100 years, some of the world’s biggest beasts — elephants, lions and tigers — could be extinct if drastic measure aren’t taken, warn the authors of a new study. “There is a risk the world’s most iconic species may not survive to the 22nd century,” the researchers write, and they warn that this would have significant effects on the ecosystem. The study, which was published in the journal BioScience, outlines 13 steps that could be taken to prevent the impending loss. — Read it at Live Science 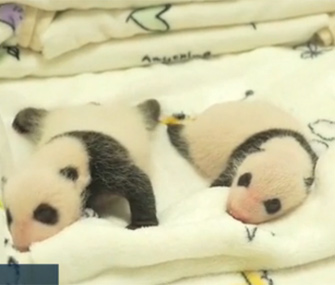 Just a month after being born, a pair of panda twins made their debut at the Macao Giant Panda Pavilion in China. The staff at the research facility sang Happy Birthday to Dabao and Xiaobao and presented each tiny bear with his own tiny cake. The cubs are receiving round-the-clockcare at the center and are said to be in good health. As soon as they are big enough, thetwins — whose names translate to "big treasure" and "little treasure" — will join the other pandas.— Read it at People Pets

A Baltimore City firefighter pulled an unconscious cat from a house fire on Saturday morning — and then administered oxygen to save its life. The people in the home were evacuated and no one else was injured in the blaze. "Emergency care for animals should be the standard, everywhere,” wrote Deborah Hunter-Sullivan on the fire station’s Facebook page. "Thank you for being an example of compassion.” — Read it at CNN