June 19, 2015: We've scoured the Web to find the best and most compelling animal stories, videos and photos. And it's all right here. 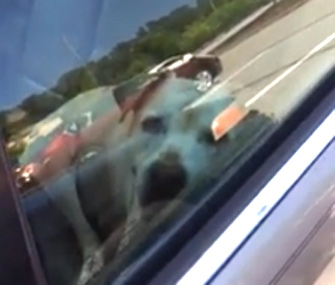 When officers arrived at a parking lot in Roswell, Georgia, on Tuesday, the outside temperature was 97 degrees — but the temperature in the backseat of a locked car where a panting dog was trapped was a sweltering 150 degrees. "There is little that saddens us more than seeing a dog in distress,"Roswell police explainedin a Facebook post. "While the dog's owner was shopping inside the cool, air-conditioned store, her animal was suffering inside the sweltering hot vehicle." Police quickly rescued the dog from the car, hosing him down and giving him plenty of water, and charged the owner with animal cruelty. — Read it and see it at The Dodo

Study: All Kangaroos Are Left-Handed

A new study refutes the idea that only primates are true-handed — meaning one hand is more dominant than the other — and finds that kangaroos are even more true-handed than humans. “We observed a remarkable consistency in responses across bipedal species in that they all prefer to use the left, not the right, hand,” said study leader Yegor Malashichev. The discovery was unexpected because, unlike other mammals, kangaroos lack the neural circuitry that bridges the left and right hemispheres of the brain.The study was published in the journal Current Biology. — Read it at Discovery News 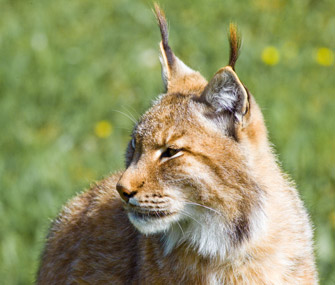 Ivan Montero, Alamy
A record 22 Iberian lynxes died after being hit by cars.


The world's most endangered feline species, the Iberian lynx, had been making a comeback in Spain, but the economic crisis there has inadvertently increased the number of cats killed by cars on the road. Last year a record 22 lynxes died after being hit by cars, up from just two in 2008. "With the excuse of the economic crisis, we have not even carried out the most basic road maintenance works," said Ramon Perez de Ayala, species program director at the WWF in Spain. He estimates it would cost around six million euros ($6.5 million) to make roads safer for lynxes by clearing roadsides of brush, putting up barriers and setting up passages that allow the felines to safely cross roads. — Read it at Yahoo News

Vienna Zoo announced the arrival of a new Emperor Tamarin, born in April. The infant is frequently seen riding piggyback on the father or older brother. “The male Emperor Tamarins take on the care and rearing of the young. If the baby gets hungry, however, it is returned quickly to mother,” said Zoo Director Dagmar Schratter.The species, known for its long mustache, is thought to have been named for German Emperor Wilhelm I, who also had distinct facial hair. — Read it at Zooborns

Zookeepers across the globe have been posting parody photos of themselves on Twitter and Instagram “training” their animals — mimicking the pose in which Chris Pratt “trains” velociraptors in the movie "Jurassic World." One such photo, from Woodland Park Zoo, includes the caption: “Be it penguins or velociraptors, zookeeping is hard work. #JurassicWorld #Prattkeeping #RaptorSquad #CleverGirls.” — Read it at People Pets