June 16, 2016: We've scoured the Web to find the best and most compelling animal stories, videos and photos. And it's all right here. 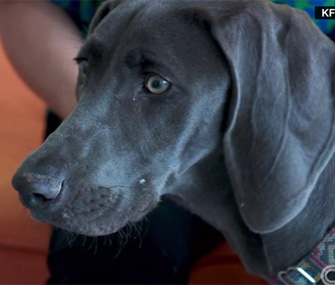 CNN
A veterinarian removed a mass from Lake's stomach that was a perfect mold of her stomach.

When Lake, a 6-month-old Weimaraner, found a half-empty bottle of Gorilla Glue in the trash basket, she decided to eat the entire thing. Later that evening, her owner knew something was terribly wrong when Lake started vomiting. She took Lake to the vet, where a mass the size of a grapefruit —and the perfect mold of the dog’s stomach — was removed during a 2-hour surgery. "If you don't get in there quickly, the organ could tear," said Dr. Leonardo Baez, who performed the surgery. "It's truly an emergency." Luckily for Lake, they got there just in time and she recovered just fine. — Watch it at CNN

Scientists believe the Bramble Cay Melomy, a small rodent that lived on an island off the coast of Australia is now extinct — and climate change is to blame. The rat lived on Bramble Cay, an island that sits only 10 feet above sea level. In 2005, there were more than 5 acres for the creatures to live, but due to rising sea levels, just 10 years later there was only .16 of an acre left. The last known sighting of a Bramble Cay melomy was 2009 and the species “probably represents the first recorded mammalian extinction due to anthropogenic climate change,” say the scientists. — Read it at The Huffington Post

On Seymour Island on West Antarctica, researchers found a piece of the arm bone of a prehistoric seabird from 53 million to 49 million years ago with a wingspan the size of an airplane. The find wasn’t record-breaking for its size though— it’s because this is the oldest bird known to have a mouth full of sharp teeth. The largest known pelagornithid was discovered in Charleston, South Carolina, in 1983. — Read it at Live Science 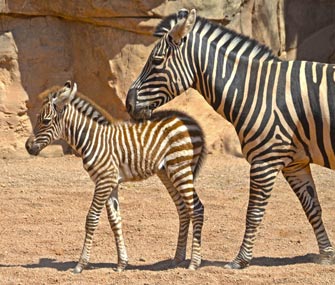 Spanish zoo Bioparc Valencia welcomed its first baby Grant’s zebra of the season last week. The filly is healthy and constantly follows her attentive mother around. Grant’s zebra is the smallest of six subspecies of plains zebra. If all goes well, the zoo expects more zebra births this season. — Read it at Zooborns

A Japanese spa is offering a relaxation add-on for cat lovers — back massages by a furry feline. Cats are on staff and can take over during massages at the customer’s request. While you can’t control the pressure of the “making biscuits” kneading motion cats are known for, if you’re a cat owner, you already know it feels pretty good. — Read it at People Pets