March 18, 2016: We've scoured the Web to find the best and most compelling animal stories, videos and photos. And it's all right here. 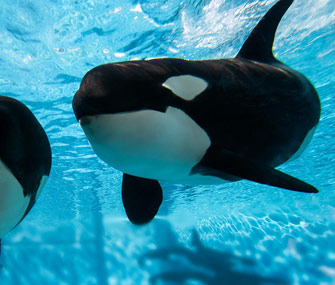 SeaWorld
SeaWorld announced that it will end its controversial orca breeding program.

Just days after the announcement that SeaWorld’s most famous orca, Tilikum, is in declining health, SeaWorld has decided to end its orca breeding program and “focus on rescue and rehabilitation of marine animals in distress,” according to a statement. “This is a first, massive step forward toward a more humane future for SeaWorld,” said Naomi Rose, marine mammal scientist at the Animal Welfare Institute and formerly with the HSUS. “I welcome these commitments from (SeaWorld CEO)Joel Manby. He has given SeaWorld a new lease on life.” — Read it at Discovery News

Firefighters came to the rescue of two cats when high flood waters in Sacramento, Calif. trapped them in trees half-submerged in the Sacramento River. Using a small boat and a ladder, the rescue workers were able to get the cats back on dry ground. Both felines are safe and uninjured by the ordeal. — Read it at KXAN

For 11 years Mary Thorn has lived in Florida with her best friend — a 6-foot-tall, 125-pound alligator named Rambo. But the Florida Fish and Wildlife Commission mandates a gator of his size must have 2.5 acres available to roam and is considering removing the animal from her care. Thorn, who has a permit for the animal, says Rambo is no ordinary alligator: He has a sunlight sensitivity and can’t be outdoors for an extended period of time. Thorn is looking for other options for Rambo while the case is under investigation, including getting him certified as a therapy animal. “Without him, I don't feel like even wanting to go on,”she said. — Read it at People Pets 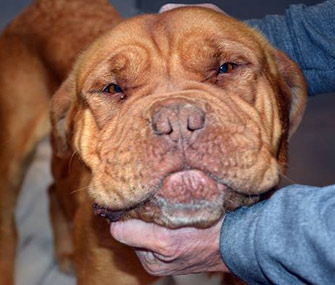 After a New Mexico dog vomited and felt ill for a week, the dog’s owners knew something wasn’t right. They took the dog, Honey, to a veterinarian who performed surgery and found a 6-inch-wide, 2-inch-long stuffed polar bear in Honey’s stomach. The dog was released on Tuesday and is doing fine. "We're so happy we were able to help her out — a couple more days and she would not have made it,” according to a post on Sante Fe Humane Society’s Facebook page.— Read it at Fox 5 NY

Cincinnati Zoo patrons were temporarily detained indoors Wednesday as officials dealt with two polar bears who managed to escape their containment area and enter a behind-the-scenes area — though they were never actually loose in the zoo. "The bears entered an inappropriate area but did not leave the building and the public was never at risk,”says zoo director Thane Maynard. Necessary protocols were followed and there were no injuries to the bears, zoogoers or zookeepers. — Read it at USA Today