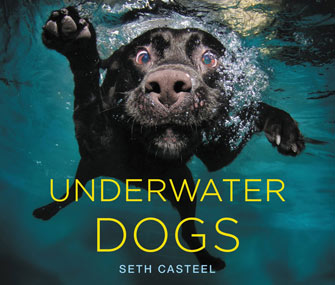 Photographer Seth Casteel has gotten good at holding his breath. And it's not because his four-legged subjects need a bath.

Casteel spends 90 seconds at a time submerged at the bottom of pools in order to snap photos of dogs paddling around him.

Earlier this year, Casteel’s pictures of splashing pups went viral on social media sites, which led to Underwater Dogs, a book of 80-plus snaps of dogs expressing their graceful and goofy selves while swimming.

It was a lucky accident that introduced Casteel to the revelatory effect that water can have on canines.

He’d been working as a pet photographer when one furry subject jumped repeatedly into the family pool. As he photographed the dog-paddling pooch, he recognized that water helped to reveal for Casteel what he now calls his passion: the personality of dogs. 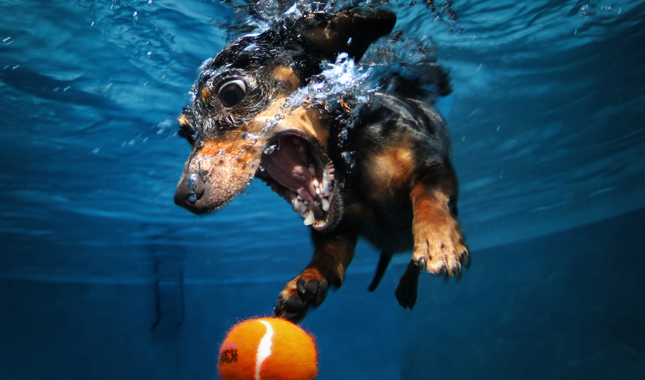 Courtesy of Little, Brown and Company
A Dachshund gets ready to claim her underwater prize during a photo shoot with Casteel.

Some photos capture dogs with teeth bared while lunging for toys, but even when the canine divers look aggressive, they're merely concentrating on a dogged pursuit.

Casteel works to build trust with his subjects first, but not all pups, including Casteel's own pets, take to the water. “Many of the dogs featured in the book had never been underwater before," he explains. "And some had never even been swimming.”