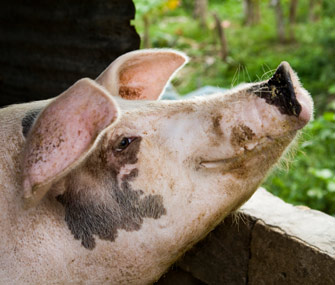 When Texas Tech University scientist John McGlone wanted to get his Cairn Terrier, Toto, to stop barking, he found a spritz of androstenone, a pig steroid and pheromone, did the trick. “It was completely serendipitous,” McGlone, who works in the university’s Animal and Food Sciences department of the College of Agriculture and Natural Sciences, said of his discovery. He found the smell curbs behaviors like incessant barking and jumping without harming the dog. The pheromone is produced by male pigs and released in their saliva and fat, and attracts female pigs. He did say the pungent smell isn’t very appealing to humans. “It’s best used as a training tool rather than a circus act to stop animals from doing what they’re doing,” he said. — Read it at Discovery News