Popular Exotic Pets Around the Globe 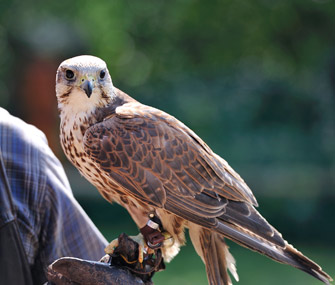 Thinkstock
Dr. Laurie Hess learns that veterinarians in the Middle East have to be well versed in the care of falcons, because falconry is such a huge sport there.

Americans love exotic pets. Millions of U.S. householdsare home to everything from hissing cockroaches to potbellied pigs. It turns out, this is a fascination we share with other pet owners all around the world.

The word “exotic” may have different meanings in different countries, but when it comes to “exotic pets,” it appears that this word means the same regardless of where you go. Exotic pets include everything other than dogs and cats — birds, rabbits, rodents, ferrets, reptiles, amphibians and some less commonly known pet exotics, including hedgehogs, sugar gliders, kinkajous and wallabies. I recently attended the International Conference on Avian, Herpetological and Exotic (ICARE) Mammal Medicine in Paris, and what I learned is that though veterinarians in different countries may see more of certain species than others, exotic pet medicine is very similar worldwide. What is particularly amazing to me is that pet lovers all over the world own these unique types of pets, so veterinarians everywhere must also be well versed in their care!

The Paris exotics conference was only the second ever meeting of its kind, drawing 786 veterinarians and veterinary professionals from 42 countries. Attendees came from near and far and from countries all over the globe — from Europe to Australia, from the Middle East to Paraguay.

The first conference was held two years ago in Wiesbaden, Germany, and future ICARE conferences are scheduled every two years, with the next one in Venice. Veterinarians from all areas of veterinary medicine, including private practice, universities, research and government attended lectures on every imaginable species — parrots, wild birds, rabbits, guinea pigs, rats, chinchillas, ferrets, snakes, bearded dragon lizards, turtles, tortoises, fish and even zoo species. The gamut of species covered was incredibly extensive. Who knew vets in so many different countries treat so many different types of pets? Or that rabbits are so incredibly popular in Great Britain (being the third-ranked companion animal behind dogs and cats)? Or that veterinarians in the Middle East must be well versed in the care of falcons, because falconry is such a huge sport there?

Another thing I was amazed by was the number of private practice veterinarians in other countries who are involved in research. Given the fact that most veterinary research in the U.S. is performed at universities, I was impressed to see the huge amount of scientifically sound information presented by veterinarians like me who are in private practice.

It was also interesting to learn that though veterinarians in different countries may treat the same species of pets, we often see completely different diseases among them. Perhaps the genetic pools among the animals we treat are very different or it might be the environments in which these animals are raised and housed. But whether it’s nature or nurture, I rarely see some of the conditions, such as complete intestinal obstruction in rabbits requiring surgery, some of the vets in other countries routinely treat. I found that fascinating!

We know U.S. exotic veterinarians place a premium on attending conferences and expanding their knowledge base, but it is interesting to see that same dedication among exotics veterinarians in other countries, no matter how big or small. And for those lucky U.S. veterinarians who get to attend global conferences like this one, it’s a great opportunity to compare notes with colleagues and learn even more about the many diseases these unique creatures face. For exotic pet owners, it's fun to know that, regardless of whether your bearded dragon “speaks” with a Southern drawl, a French accent or an Irish brogue, there’s a veterinarian dedicated to his expert care!