Purebred vs. Mixed-Breed Dog: What's the Right Choice for You? 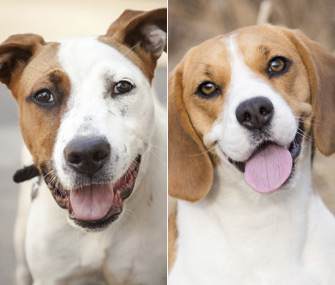 Thinkstock
Whether you want a mixed-breed or purebred dog, do your research before bringing a pet home.

At a dog park, the blur of racing feet and wagging tails is too much for you to identify each dog: That looks to be a Retriever, maybe something Chihuahua-ish over to the left, and a curly haired dog who might be a Poodle is nosing though someone’s purse. Zooming around in happy packs, the dogs are unaware of the unstated lines between them, segregating them into modern-day Montagues and Capulets. The owners, on the other hand, are well aware of the labels—and they wear them proudly.

“That’s Thor,” says one proudly. “He’s a Labrador. Purebred. Just won Best of Breed at a show this weekend.”

“And that’s Millie,” says another person, equally proud. “She’s a Shepherd mix. I adopted her. She’s a dock diving champ.” The owners eye each other uncertainly, maybe a little mistrustfully, and go back to watching their dogs play.

The fight for superiority and bragging rights between owners of purebreds and mixed-breed dogs is nothing new, and both sides have compelling arguments for why one choice might be better than the other. So who’s right? Which dogs reign supreme? We went to experts in each camp for their professional opinions.

What Is a Purebred?

Before getting into the advantages of a purebred versus a mixed-breed dog, it’s important to clarify exactly what a dog breed is. According to Dr. Emily Weiss, senior director of research and development for the ASPCA, dog breeds encompass a unique genetic makeup that can be consistently reproduced. Jessica Rice D’Amato, PR director for the American Kennel Club (AKC), notes that any dog whose parents belong to the same breedis considered a purebred dog.

That could change one day, should the breeders fulfill the stringent requirements of their countries' governing organizations to have their dogs recognized as new breeds. Many breeds have their basis in other breeds; the beloved Golden Retriever, for example, is believed to descend from Flat-Coated Retrievers, Irish Setters, and a now-extinct breed of water spaniel. The AKC currently recognizes 180 official breeds, with new breeds added every year. The Fédération Cynologique Internationale (FCI), the world governing body ofdog breeds, recognizes 343.

The Pros of a Purebred

For breed fanciers, consistency and predictability are key.

“Peoplemaychoose a purebred dog over a mixed breed because they’re looking for predictable qualities — temperament, coat type, exercise needs, etc.,” D’Amato says. Historically, dog breeds had a purpose for which individual characteristics were optimal: the long body and short legs of the Dachshund, for example, were well-suited for their jobs hunting badgers, while the heavy coat and large webbed feet made the Newfie a good worker in the cold marshes of Newfoundland.

As modern lifestyles have evolved, so have new tasks that leverage the consistent qualities of the centuries-old purebred lines.


“The Penn Vet Working Dog Center is a great example of how predictable, purpose-bred dogs are identified and trained for jobs that help humans,” D’Amato says. “Breeds that have specific ideal traits, such as Labrador Retrievers, are trained there to detect everything from cancer and diabetes to explosives. Purebreds are also used in search and rescue, trained to help those with vision and hearing impairments, and utilized as assistance dogs for individuals with autism orPTSD.”