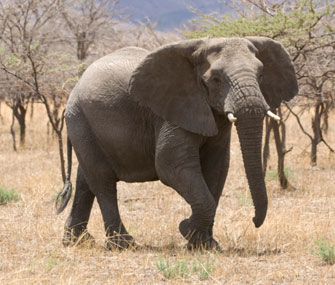 Theoretically, elephants should be hit hard by cancer because they live a long time and grow so much. Cancer tends to happen as we grow older, and all of their growth involves a lot of cell division, which provides opportunities for genetic mistakes. But, cancer is relatively rare in pachyderms. A new study published in the Journal of the American Medical Association suggests that’s because elephants have 20 times as many copies of key cancer-fighting genes as humans. Humans usually have two copies of a tumor-blocking gene called TP53. But elephants have 40 copies of the gene, which plays a vital role in preventing cancer. — Read it at USA Today