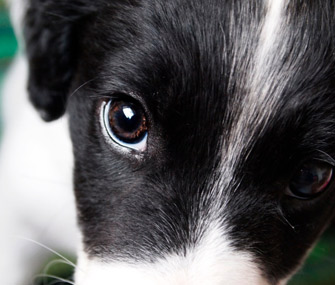 If you feel the love when your dog gazes into your eyes, you’re not alone. Japanese researchers found that when they give their owners those “puppy dog eyes,” it triggers an increase in the level of the love hormone oxytocin in both the dogs and their humans. After pairs of dogs and owners spent 30 minutes alone together, an analysis showed that those owners whose dogs looked at them longer in the first five minutes had bigger boosts of oxytocin. Dogs who gazed longer also got a hormone boost. The study, which was published in the journal Science, suggests dogs started gazing at their owners as a social strategy when they were domesticated.