The Do's and Don'ts for Socializing Your Puppy 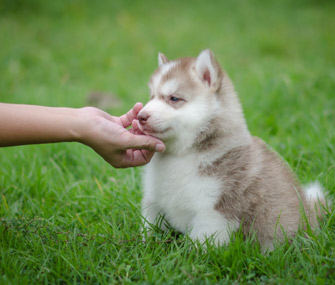 Thinkstock
Instead of throwing a huge welcome party for your puppy, just invite a friend or two over to meet him.

What makes some dogs eager to meet new people, try new experiences and do new things, while others seem to hang back, become frightened and even bite or run away? In part, these differences are influenced by genes, but they're also influenced by experiences — especially early ones. That's where socialization comes in. It's the important process of exposing a puppy to other animals and people so he will be better equipped to handle social situations.

When to Start Socialization

The prime time for puppy socialization, when your puppy is most open to new experiences, is during the first three months of life. So it's important to start socializing your puppy early — but not too early: Dogs who are separated from their mother and littermates before they're ready may have a hard time knowing how to interact properly with other dogs. Canine behaviorists believe the best time for puppies to go to their new homes is usually at about 8 weeks of age, after they’ve learned about being dogs.

When it comes to socialization, it’s the quality, not quantity, that counts. Good intentions can too often lead to bad results if you overwhelm your pup. As with all things puppy, you need to introduce new experiences gradually, never pushing your puppy past the point that he’s scared. Fear is easy to learn but hard to unlearn.That's why the more you can control your dog’s first encounters and outings, the better your chance of preventing him from forming bad associations before he’s had a chance to form good ones.

Instead of taking your puppy to a crowded place or throwing a big welcome-home party and inviting all of your friends, start by asking one or two friends to come over and greet the puppy as strangers should, which means kneeling down and rubbing him under the chin or on the chest. Try to associate good things with each new introduction — from treats or praise to a little playtime with a favorite toy.

Do the same with children and other properly vaccinated animals — let the first introductions be in a familiar place where you have a good amount of control over the interaction, such as at a puppy kindergarten class. Then, once your dog gets comfortable with these meetings, you can start to venture out — in the car, to the post office, the vet clinic, the groomer, stores that allow dogs. Over the course of a few weeks you’ll want your puppy to meet men, women, people in wheelchairs, people with canes and people of all races, ages and sizes. He should walk up and down stairs, across all sorts of surfaces and hear a variety of sounds.

What Not to Do